Bill Ackman endorses Netflix and its shares soar more than 7% 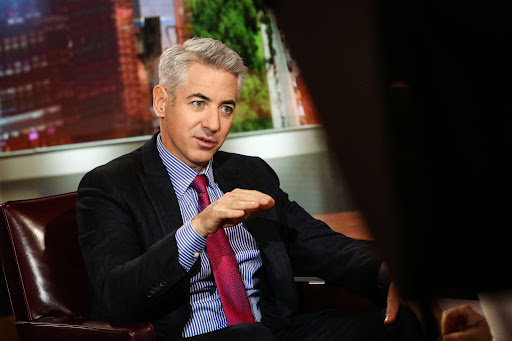 Netflix rose by the most in a year after hedge fund magnate Bill Ackman acquired more than 3.1-million shares in a vote of confidence following a recent collapse in the streaming giant’s stock price.

Ackman’s firm, Pershing Square Capital Management, is now among Netflix’s top 20 shareholders, the investor said in a tweet on Wednesday. Netflix jumped 7.6% as at 10.05am in New York on Thursday, the most on an intraday basis since January 2021 and heading towards what would be only its third positive day in 2022.

Netflix shares had tumbled almost 50% from their November high to the end of Wednesday. The decline accelerated last week after the company said growth was slowing and it wasn’t sure why. The company added 18-million customers in 2021, the least since 2015, and forecast the slowest start to a year in at least a decade.

Netflix leadership has expressed confidence in its long-term vision. The world’s most popular streaming service has a leading position in almost every major market, and the transition from linear to TV to streaming is still taking place.

Ackman echoed these sentiments in a letter to investors attached to his tweet Wednesday.

“The opportunity to acquire Netflix at an attractive valuation emerged when investors reacted negatively to the recent quarter’s subscriber growth and management’s short-term guidance,” Ackman wrote. He cited the company’s favourable characteristics, including its subscription-based business model and its management team. “We are all-in on streaming.”

Ackman hasn’t run a proxy fight since 2017 when he lost his bid for seats on the board of Automatic Data Processing. Since then, he has moved to a less combative approach, talking up his recent investments in companies such as Starbucks and Universal Music.

Pershing bought his Netflix shares beginning on Friday and over the last few days, funded by the unwinding of the “substantial majority” of an interest-rate hedge, which generated proceeds of $1.25bn, Ackman said in the letter.