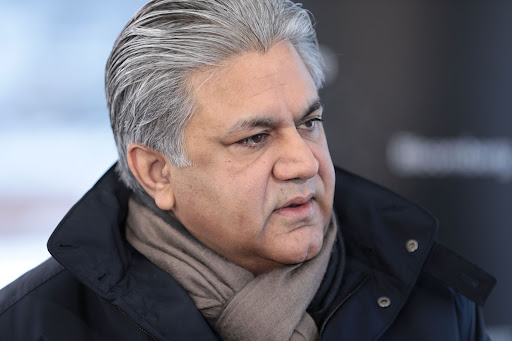 Arif Naqvi, the founder of defunct Abraaj Group, has been fined $135.6m and banned from Dubai’s financial centre for his role in the private equity firm’s 2019 collapse.

Naqvi “personally proposed, orchestrated, authorised, and executed actions that directly or indirectly misled and deceived the investors”, the regulator said.

Naqvi founded Dubai-based Abraaj in 2002 and built it to become one of the world’s most influential emerging-market investors. He was the face and personality of the group and was knowingly involved in misleading investors over the misuse of their funds through Cayman-registered Abraaj Investment, the regulator said.

Abraaj, with $14bn under management, was forced into liquidation after investor concerns over its heathcare fund. Abraaj backers included the Bill & Melinda Gates Foundation and the World Bank’s International Finance Corporation. Its investments included stakes in healthcare, clean energy, lending and real estate across Africa, Asia, Latin America and Turkey.

Key charges on Naqvi include that he instructed the use of investor funds for Abraaj Group’s working capital, commitments and was central to the cover-up of a $400m shortfall across two funds by temporarily borrowing money for the purpose of producing bank balance confirmations and financial statements to mislead auditors and investors. He also approved the change of a fund’s financial year end to avoid disclosing a $200m shortfall and personally arranged to borrow $350m from an individual to make the Abraaj Group appear solvent.

Siddique, who was a member of Abraaj’s senior management team from 2005 and until June 2018, was aware of the $400m shortfall and was involved in deceiving auditors and investors about the actual cash balance in the funds’ bank accounts, including being a signatory to loan agreements used to produce misleading bank balance and financial statements.

The fines are the latest move by the Dubai authority over the Abraaj affair and the people behind a fraud that rattled reputations in the DIFC, the city’s financial free-zone and one of the Middle East’s biggest business hubs.

Naqvi faces criminal charges in the US and is currently in the UK awaiting extradition. The regulator fined Abraaj a record $315m for deceiving investors and misappropriating their funds in July 2019 and followed that with slapping a fine on KPMG in 2021 for at least $600m over its role in the group’s insolvency.

The Dubai Financial Services Authority’s decisions may be confirmed, varied or overturned as a result of the tribunal’s review.