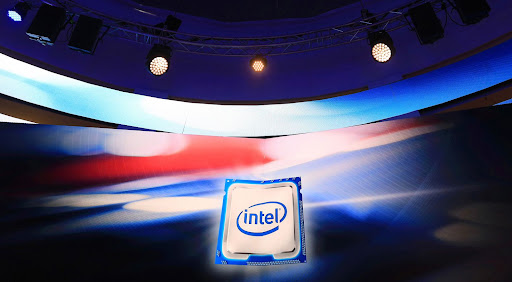 Intel won a historic victory in its court fight over a record €1.06bn ($1.2bn) competition fine, in a ruling that upends one of the EU’s most important antitrust cases.

The EU General Court ruled on Wednesday that regulators made key errors in a landmark 2009 decision on allegedly illegal rebates that the US chip giant gave to PC makers to squeeze out rival Advanced Micro Devices (AMD).

While the surprise ruling can be appealed one more time, it’s a stinging defeat for the European Commission, which hasn’t lost a big antitrust case in court for more than 20 years.

The Luxembourg-based EU court said the commission provided an “incomplete” analysis when it fined Intel, and criticised it for not providing sufficient evidence to back up its findings of anticompetitive risks.

Intel said it is “currently reviewing the decision” and “will provide further comment when we have completed our initial review”.

The judgment follows a 2017 ruling from the bloc’s top court, which criticised the General Court — the EU’s second-highest tribunal — for not properly checking all factual and economic evidence when it previously weighed Intel’s appeal.

The EU commission in 2009 handed Intel with what was then the bloc’s biggest antitrust fine. It represented about 4% of Intel’s $37.6bn in sales in 2008. Since then, Santa Clara, California-based Intel has been locked in a legal dispute with the EU’s antitrust unit.

Wednesday’s victory may offer encouragement for other companies to go to court. Many companies under investigation for monopoly abuse have opted not to fight hard since the chances of overturning the EU at court were viewed as low.

The commission said it found evidence that Intel hindered competition by giving rebates to computer makers from 2002 until 2005 — if they bought at least 95% of PC chips from Intel. It said Intel imposed “restrictive conditions” for the remaining 5%, supplied by AMD, which struggled to overcome Intel’s hold on the market for processors that run the devices.

The court on Wednesday said the commission had failed to show “to the requisite legal standard” that the contested rebates posed an anticompetitive risk.

“There is finally a degree of common sense creeping in,” said Oliver Bretz, a lawyer at Euclid Law in London. In the Intel case that means “to require that rebates have to be capable or likely to have anticompetitive effects, based on the evidence”.

The bloc’s lower tribunal in 2014 rejected Intel’s first challenge. Three years later, the EU’s top court told the lower tribunal to “examine all of Intel’s arguments” regarding a test to check whether the rebates used by the company were capable of harming competition.

The EU top court didn’t rule in 2017 on three other parts of Intel’s appeal, including the amount of the fine and the EU’s characterisation of some of the rebates.

When the case was sent back to the EU lower tribunal, Intel urged judges to look at the entire case afresh, and dismiss commission arguments to look only at parts of the case.