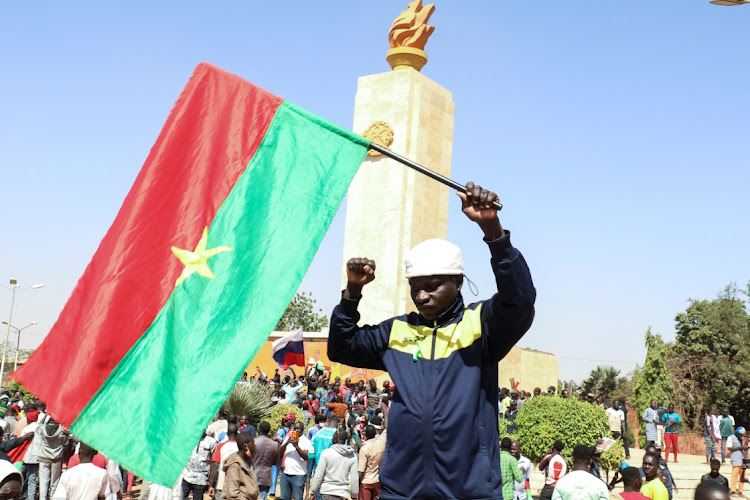 A coup in Burkina Faso will reverberate across West African economies and heighten concerns about growing instability in neighbouring states.

Soldiers toppled President Roch Kaboré on Monday, accusing him of failing to tackle an Islamist insurgency that’s spreading in the region. The US and UN condemned the takeover, while the Economic Community of West African States (Ecowas) is preparing a summit to discuss its response to Kaboré’s overthrow.

Ecowas now has to decide whether to impose sanctions on Burkina Faso, as it did on Mali and Guinea after coups there last year. The US signalled it may withdraw aid to the country, one of the world’s poorest despite being Africa’s fourth-biggest gold producer.

The repercussions of any possible sanctions — which have done little to persuade other juntas in the region to relinquish power — would be felt across Burkina Faso’s borders. Ivory Coast, which serves as a transit route for the bulk of its landlocked neighbours’ imports and has already seen its trade with Mali disrupted, would likely be hardest hit. Commercial links with Niger, Benin, Togo and Ghana could also be affected.

Gold miners in the country including Endeavour Mining and Iamgold have said their operations aren’t by the events in the capital, Ouagadougou.

A larger concern for Burkina Faso’s southern neighbours is security, with Islamists who’ve been waging an insurgency in the Sahel region since they seized part of northern Mali in early 2012 looking to expand their reach.

Despite Burkina Faso’s military citing the government’s failure to suppress the insurgency as justification for taking power, the army may find itself even more starved of resources, especially if sanctions are imposed, said Hassane Kone, a researcher who covers the Sahel for the Pretoria-based Institute for Security Studies. That would undermine its ability to keep the militants in check and weaken one of its neighbours’ key buffers against them.

Militants affiliated with Al-Qaeda and Islamic State began making inroads into Burkina Faso after the overthrow of President Blaise Compaore in 2014, bolstering a brewing home-grown insurgency with attacks on civilians, soldiers and mining operations. Niger and Chad have also been targeted.

The violence spread to coastal states in recent months. Benin reported last month that two of its soldiers were killed and several injured in an attack on a base in the north of the country, with Al-Qaeda claiming responsibility. Ivory Coast, the world’s biggest cocoa grower, has reported an increase in insurgent activity.

The succession of recent coups in Africa — there have been five since August — also bodes ill for other civilian leaders with a shaky hold on power.

“Considering Ecowas’ recent failures to deter coups, what happened in Mali and Burkina Faso may inspire other officers in the region,” said Ibrahim Yahaya Ibrahim, senior Sahel analyst at the International Crisis Group.

Kaboré’s removal deprives French President Emmanuel Macron of another regional ally who backed the deployment of about 5,000 French troops to help nations including Burkina Faso, Mali and Niger combat the Islamist militants. It also presents opportunities for geopolitical rivals.

The French deployment has become increasingly unpopular in the region for failing to quell the insurgency, and Macron announced plans last year to reduce the number of forces. The proposed withdrawal led Malian Prime Minister Choguel Maiga in September to accuse France of abandoning his country and signal that the junta would look elsewhere for help to combat the insurgency.

Three months later, hundreds of Russian mercenaries belonging to the Wagner Group began deploying to Mali, according to French and US security officials. Malian authorities denied they were Wagner forces and said the Russian personnel are part of a contingent of military trainers.

The French may have to rethink their strategy and relations with Burkina Faso’s forces, and revise how they conduct their operations, said Marc-Andre Boisvert, a researcher at Centre FrancoPaix who studies coups in the region.

“The real problem is security,” he said by phone. “This just adds extra oil on a fire that has already had too much fuel.”