When is a ‘product of the USA’ really a product of Australia?

Merely repackaging imported meat is sufficient for a ‘Product of the USA’ label, according to an agriculture department spokesperson 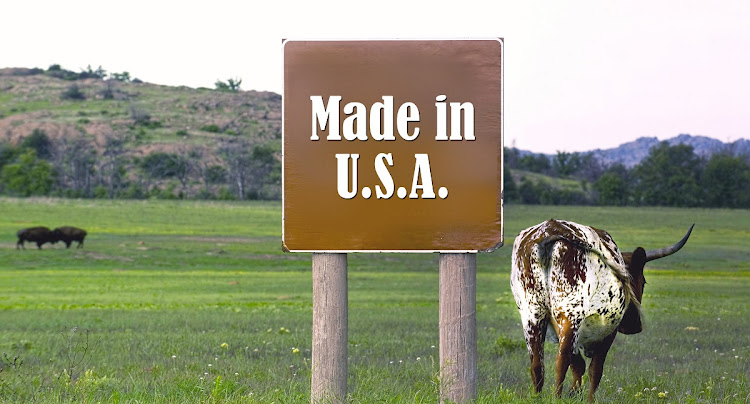 Hamburger or a steak marked “Product of the USA” may contain beef from cattle raised as far away as Australia, a loose labelling practice that has grabbed President Joe Biden’s attention as he and antitrust regulators set their sights on giant meatpacking conglomerates.

The long-simmering fight over the label, which consumer advocates and ranchers consider misleading, evokes grievances among cattle producers over the lopsided market power of the four companies that control 85% of US beef-processing.

Producers have been growing increasingly frustrated at the diminished share they receive of soaring grocery-store prices even as they grapple with drought and higher feed costs.

The issue, now under review by the US department of agriculture, gives Biden a rare opportunity to make inroads with rural voters while also addressing progressive demands to check corporate power. Earlier this month, the president announced an initiative to counter the market power of the giant conglomerates that dominate meat and poultry processing.

It also raises questions about trustworthiness in labelling at a moment that consumers concerned about climate change and animal welfare are seeking greater transparency on the sources of their food and how it was raised. Merely repackaging imported meat is sufficient for a “Product of the USA” label, according to an agriculture department spokesperson.

Critics say current labelling rules undercut US cattle producers’ bargaining power with meatpackers and make it harder for independent meat processors to differentiate US-raised beef from competing products. Beef and pork can be sold as produced in the US, even if the livestock was born, raised and slaughtered elsewhere, as long as it undergoes any processing in America.

In a petition seeking changes in the labelling rules, one producer group included a photo of a plastic-wrapped T-bone steak featuring a large red, white and blue “Produced in the USA” sticker. Fine print on another part of the package disclosed the beef came from Uruguay.

The conflict over the label pits two powerful political interests against each other.

Meatpackers are among the largest employers in several states and cultivate strong relationships with key lawmakers. Beef cattle operations account for more than a third of US farms and ranches, making it the single largest — and thus politically potent — segment in American agriculture.

Advocacy groups including the US Cattlemen’s Association and R-Calf, which primarily represent smaller producers, and the American Grassfed Association, representing a niche product that commands premium prices but has lost market share to lower-cost imports, have argued for years the designation should only be allowed for beef from cattle born, raised and slaughtered in the US.

Representatives of the four major beef processing companies declined to comment on the labelling controversy. Their trade association, the North American Meat Institute, said it was waiting to see the outcome of the government’s review. They have repeatedly denied abusing their market power and blame labour shortages for higher meat prices.

Separating domestic and foreign livestock could raise costs for big packing companies, which have have consolidated operations in huge plants that can slaughter thousands of cattle or hogs a day. Their supply chains include Canadian and Mexican hogs and cattle, some of which spend time being fattened on US feedlots.

Republican Senator Mike Rounds of South Dakota, whose state is home to more cattle than people, introduced legislation to restrict such labels to beef from cattle born, raised and slaughtered in the US.

“Our cattle producers bring it up every single time we get together,” Rounds said in an interview. “It is of utmost importance to them and a real source of frustration.”

Cattle producers are growing increasingly restive as the spread between the price packers pay for US cattle and the price they receive for wholesale beef hit record levels last year.

Tyson Foods, the biggest US meat company by sales, said its beef segment has had a profit margin of 18% in fiscal 2021, its highest ever.

Plenty of ranchers think they know one reason they have lost pricing power: Congress voted in December 2015 to exempt beef and pork from mandatory country of origin labelling, which is still imposed on other meat, poultry, seafood and fresh produce.

Cattle prices “took a pretty significant dive after that programme went away,” said Danni Beer, who co-owns a ranch with her husband in western South Dakota, where they confront drought conditions on top of stagnant cattle prices.

Meatpackers and stores could still promote beef to customers as home-country wholesome, if they wished. Only now those claims were governed by the looser Product of the USA standard.

Prices US cattle producers received for their livestock plunged. Farmers received 51.5c of the retail price of beef in 2015. Last year that had dwindled to 36.8c, according to USDA.

Ted Schroeder, a Kansas State University agricultural economics professor who specialises in livestock markets, said other factors have been more important in holding down cattle prices. The size of the US cattle herd, which had declined for years during a series of droughts and an outbreak of mad cow disease that temporarily closed off most export markets, began to rebuild in 2014, creating more supply. A series of slaughterhouse closures also reduced US meat processing capacity, giving packers more pricing leverage, he said.

But loose labelling rules inevitably harm producers by diminishing the value they are trying to create with a product that comes from within the country, said the Rohit Chopra, a former Federal Trade Commission member who championed a stricter standard.

Will Harris, a fourth-generation farmer in Blufton, Georgia, who raises pasture-fed cattle, hogs, sheep, goats and poultry, believes the current standard undermines producers like him. He says grass-fed beef appeals to customers not only for health reasons but the effect on the local environment.

Tight monetary policy and the combination of fiscal and political risks in an election year should contribute to a significant slowdown in growth in ...
World
6 months ago
Next Article