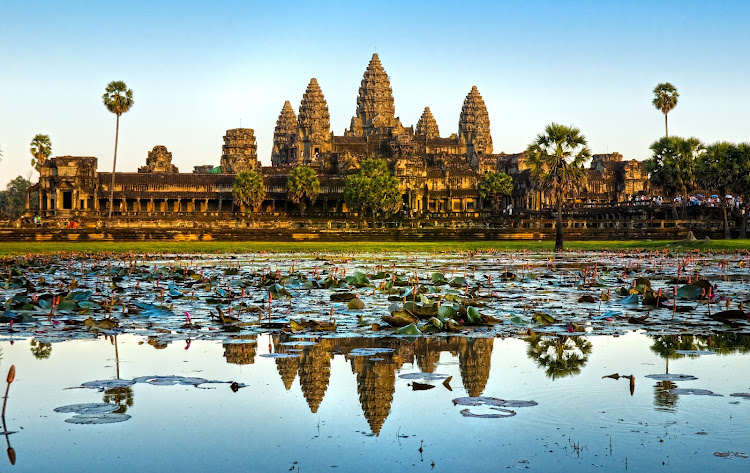 It’s Christmas Day, and Paul Wallimann, the owner of a popular restaurant near the iconic temples of Angkor Wat, is nervous about serving a table of 16. Before the pandemic, his cafe would handle as many as 240 people a night, but after two years without tourists, his staff is a little rusty.

“I’m a bit scared for tonight,” said Wallimann, a Swiss native who’s been running the Haven restaurant and culinary training programme for disadvantaged youth for more than a decade. “We’ve had no guests for so long.”

After two gruelling years with few visitors, Angkor Wat and the hotels and restaurants that once thrived off one of Southeast Asia’s top tourist attractions are slowly coming back to life. With 83% of the population fully vaccinated — eighth-best in the world, according to Johns Hopkins University data — and Covid-19 cases down, Cambodia declared itself open to visitors in November. Singapore Airlines responded with daily flights into nearby Siem Reap a few weeks later, marking the first international arrivals to the city in 20 months. Restaurant bookings are picking up, and a handful of once-empty hotels are seeing a trickle of guests. 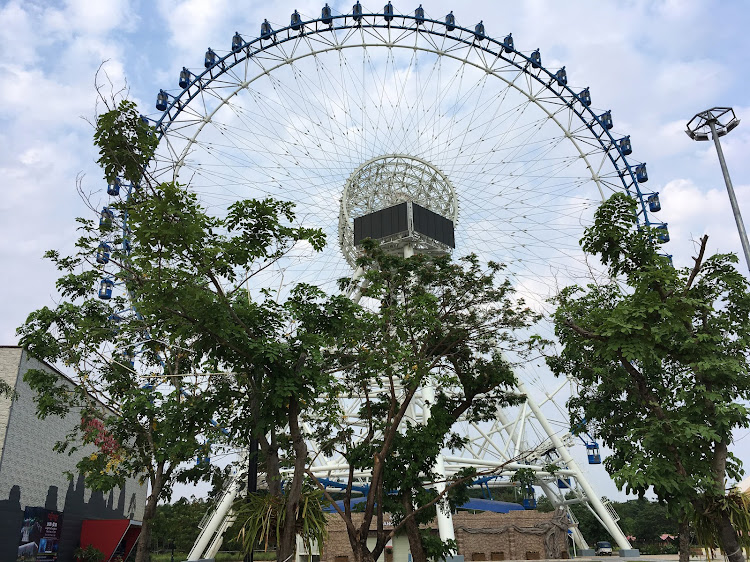 The Angkor Eye ferris wheel, which was opened in 2020. Picture: 123RF/WIHTGOD

The uptick has been slow. About 1,200 people arrived in the latter two weeks of December, based on the almost half-empty flight my wife and I took on a Boeing 737-800. According to data from Vinci Airports, which operates Cambodia’s three big airports, more than 330,000 passengers would have passed through Siem Reap on any given month in 2019.

Of Siem Reap’s 140,000 residents, a majority are tied to the trade in some way — feeding, hosting, driving or selling souvenirs to the 2.5-million people who typically have trekked to the majestic 12th-century temples every year.

“Everyone here relies on tourism,” says Wallimann, who often served just one table a day in the depth of the crisis. With optimism in the air, the question now is whether the hard-hit tourism sector can survive long enough until global travellers again show up in droves.

In Siem Reap, the road from the airport and the strip to the main ruins are now like ghost towns at night. Hotel after hotel sits dark: of 500 accommodations across the city, fewer than a third are operating. The standard setters — the Park Hyatt, Shinta Mani and the Raffles Grand Hotel d’Angkor — remain closed, leaving luxury travellers to choose among limited options that include the Anantara Angkor Resort, Sofitel’s Angkor Phokeethra and the boutique Jaya House, with 36 rooms along the Siem Reap river.

Restaurants have had it even worse. Take Cuisine Wat Damnak, in pre-pandemic days considered one of the 50 best restaurants in Asia and commanding months-long waits for reservations. Its French chef, Joannes Riviere, was forced to shut it down and relocate to Phnom Penh, Cambodia’s capital. Among other losses of that calibre have been the Embassy and bistro Georges Rhumerie. 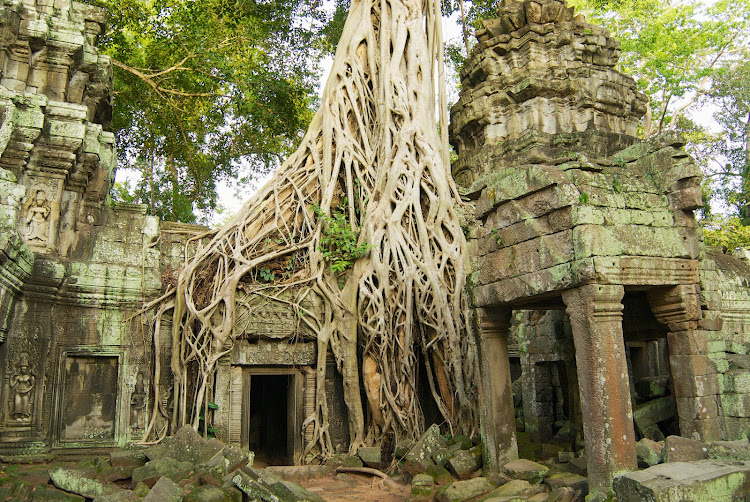 The ruins of the Ta Prohm temple in Siem Reap, Cambodia. Picture: 123RF/DCHULOV

The survivors have had to get creative. Take Christian De Boer, MD of Jaya House, a native of Rotterdam who hasn’t drawn a salary since early 2020. To preserve the jobs and pride of a few staff members, he asked them to cut the grass with hand-clippers instead of a lawnmower; at least it filled their hours, he reasons. The nearby Sarai Resort & Spa was less fortunate; manager Chea Sokhon was forced to lay off his staff of 100, leaving them to scrape by on a government stipend of $40 a month, a third of their salary.

Chea, who sits on the local tourism board, estimates that a third of the hotels in town won’t make it through the next year. “Without tourists, we die,” he says.

The return of international flights, however small, and an uptick in visits by local tourists from Phnom Penh are bringing a hint of optimism to the sector.

Tour guide Son Prathna is back at the temples after being forced to take a waste management job in his hometown outside Siem Reap.

“For two years, I didn’t have a job to support my family,” Son reflects as he leads us around deserted Angkor Wat, where jostling by thousands of tourists seeking sunrise photos by a pond overlooking the main temple seems to be — for now, anyway — a thing of the past. On this day, we see almost as many young monks in saffron robes as out-of-towners. “I’m very happy with the tourists coming back,” Son adds. The $45 he makes from each tour is about a quarter of the monthly minimum wage in some regulated sectors.

The continued absence of crowds makes a singular experience for those who do make the trip. Per Cambodia’s latest rules, visitors must be able to show proof of full vaccination and a negative PCR test taken within 72 hours of arrival; another rapid test is taken on arrival at the airport.

Besides Angkor Wat, visitors should prioritise the ruins at Ta Prohm, made famous in a Lara Croft: Tomb Raider scene with Angelina Jolie in which ancient tree roots appear to strangle century-old stones. On my visit they were all but empty. Bayon, the highlight of the Angkor Thom complex with its 216 smiling stone faces believed to be portraits of King Jayavarman VII himself, was also magically quiet. 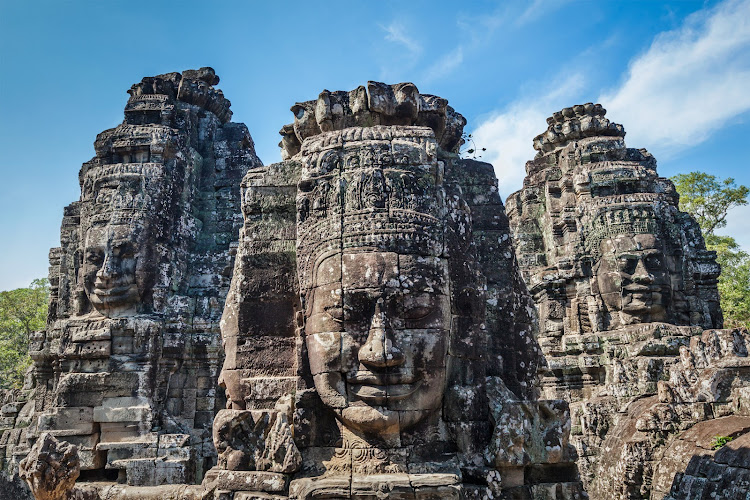 Ancient stone faces of the Bayon temple, the highlight of the Angkor Thom complex. Picture: 123RF/DIMOL

The few of Siem Reap’s high-end restaurants that remain open haven’t lost their touch, spinning Cambodia’s staple ingredients such as coconut milk, lemon grass and river fish into traditional Khmer dishes amok (fish stew), beef loc lac (an Indochinese stir fry) and a host of curries. They’re intimate and surprisingly affordable for the quality they offer. At Haven, set in a traditional Khmer house flanked by a tropical garden, the fish fillet with green mango is delectable (and only $8). The seafood vermicelli salad at Sokkhak River, with its fine collection of Cambodian art, is not to be missed. And Mahob serves a delicious plate of beef with red tree ants — you hardly notice the little critters.

The richest treats of all can be found on the outskirts of town at Lum Orng, a farm-to-table restaurant with an open kitchen run by chef Sothea Seng. Don’t let the dusty, off-road tuk tuk ride fool you: Sothea is a master who serves up a six-course, $32 tasting menu of beef carpaccio, langoustine soup and braised river fish. On a December night, we had this special place to ourselves.

Siem Reap has taken advantage of its prolonged shutdown to spruce things up. New roads are being built all over town. An improved water treatment system has reduced rainy season flooding. The Angkor Eye Ferris wheel — completed in 2020, but still fresh — is ready to offer a mobile view of the distant temples. Hot-air balloon rides now let tourists catch the golden sunset over Angkor Wat from the sky. And a new airport is under construction and may be ready as early as 2023.

With only 80-100 people arriving daily, this will be a slow climb back. As with so many destinations, one challenge will be staffing back up. Amid the shutdowns, thousands of Cambodians saw no other option than to return to villages to help on the family rice farm; others found work in Phnom Penh or at beach resorts near Sihanoukville on the Gulf of Thailand.

David Baron, GM of the Nick Faldo-designed Angkor Golf Resort near the airport, believes it will be 2023 before the city is truly back on its feet. The lush 18-hole course used to count on golfers from Korea, China and Japan, and it’s unclear when such travellers will be on the move again.

“Realistically it will take two to three years for the tourist numbers to be back where they were,” the Yorkshire, England, native tells me. “So you need to adapt and review and remain positive to get through the next year.”

Lisbon shrugs off Covid-19 blues as tourists trickle back