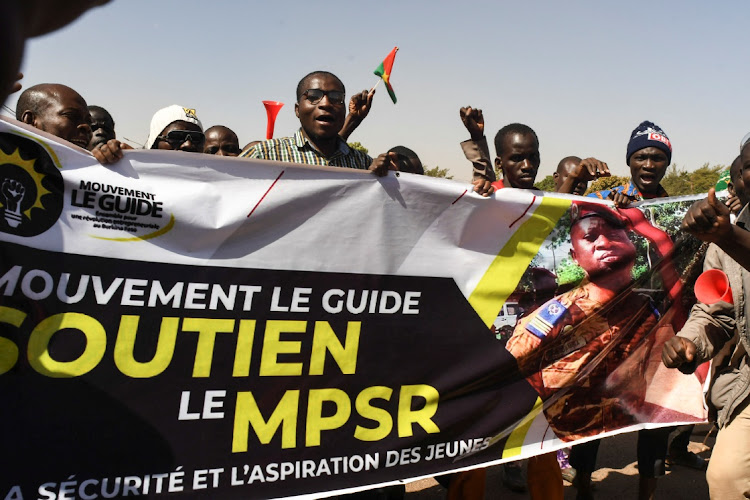 Soldiers in Burkina Faso said they removed President Roch Kabore from power in the gold-producing West African nation, a putsch that drew condemnation from the UN and the US.

The military takeover was necessary because Kabore was unable to tackle insecurity “that threatens the very foundation of our nation”, according to a statement signed by Col Paul-Henri Sandaogo Damiba and read by another officer on Radio Television du Burkina on Monday. The country will return to constitutional order within a “reasonable time frame”, he said.

The West African nation is the third to face a  military coup in the past year. Like neighbouring Mali, Burkina Faso has been destabilised by a decade-long Islamist insurgency and Kabore’s government has faced growing opposition to his government’s failure to deal with the insecurity. The other was Guinea.

In November, protesters took to the streets calling for Kabore’s resignation after 49 military police officers were killed in an attack on a base in the north of the country. Demonstrations escalated after an internal army document showed the officers had been left without food.

Shares in Australian miner West African Resources, which derives all its revenue from Burkina Faso, fell the most in almost seven years after the coup. Other miners including Endeavour Mining have mines in the country, which is Africa’s fourth-biggest producer of the metal. The companies said their operations were unaffected by the events in the capital, Ouagadougou.

Burkina Faso’s constitution has been suspended and parliament dissolved, according to the statement made on behalf of the Patriotic Movement for Safeguarding and Restoration, which referred to itself by the French acronym MPSR. It also imposed a curfew and announced the closure of all air and land borders from midnight.

It did not provide the whereabouts of 64-year-old Kabore, who had been in power since 2015. The former president is being held at a military camp, according to people familiar with the situation who asked not to be identified because they are not authorised to comment.

UN secretary-general Antonio Guterres and the US state department both denounced the coup and called on members of the military to lay down their arms and tackle their concerns through dialogue.

“We acknowledge the tremendous stress on Burkinabe society and security forces” posed by the Islamist groups, US state department spokesperson Ned Price said in a statement. The US is closely monitoring the situation and reviewing whether it will have any potential effect on its assistance to the African nation.

There was no immediate reaction from the AU. The West African bloc Ecowas said it is monitoring the situation. “Ecowas condemns this extremely grave act,” it said, adding it holds the army responsible for Kabore’s physical wellbeing.

In 2021 Ecowas imposed sanctions on Mali and Guinea after coups in those countries.

Damiba, who signed Monday’s statement on behalf of the newly formed MPSR, is a senior infantry officer in the Burkinabè army. A graduate of the Military School in Paris, he holds a master’s degree in criminal sciences from the Conservatoire national des arts et métiers and a defence expert certification in management, command and strategy, according to his biography on Paris-based publishing house Les Trois Colonnes’s website. He is the author of the book West African Army and Terrorism: Uncertain Response?

The military takeover shows “how regional militaries are able to capture popular sentiment and turn it against civilian governments, a warning sign to other countries in the region facing similar security situations and civil-military tensions”, said Andrew Lebovich, who researches West and North Africa at the European Council on Foreign Relations.