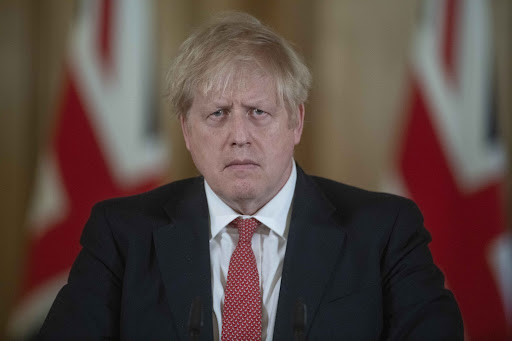 UK Prime Minister Boris Johnson is facing further allegations of rule-breaking parties during the pandemic, after his office confirmed staff had gathered in Downing Street to celebrate his birthday during the first lockdown in 2020.

Up to 30 guests were present at the event in the cabinet room on June 19 that year, at a time when most indoor gatherings were banned, ITV News reported late on Monday. A group of staff had “gathered briefly” after a meeting “to wish the prime minister a happy birthday”, Johnson’s office said in its response. “He was there for less than 10 minutes.”

British police said on Tuesday they would investigate allegations of lockdown parties at  Johnson’s official residence.

ITV reported that family friends later gathered upstairs in the premier’s residence, though that part was denied by Johnson’s office. He hosted a small number of family members outside “in line with the rules”, it said.

The new allegations are likely to ramp up the anger and frustration among members of the ruling Conservative Party, many of whom have said they are waiting for the outcome of a wider government inquiry into the so-called partygate scandal before deciding if they still back the prime minister. Some Tory MPs have called for the prime minister to resign.

“The prime minister clearly didn’t organise to be given a cake,” transport secretary Grant Shapps said on Sky News on Tuesday, defending Johnson. “These were staff he was working with all day long.”

Senior civil servant Sue Gray is finalising her report into claims of rule-breaking parties in Downing Street during the pandemic, when the country was forced by the government to limit socialising to slow the spread of the virus. She is expected to publish it this week, though the timing is not confirmed.

The prime minister would face a vote on his leadership if 54 Tory MPs, or 15% of the total, submit letters to a key committee calling for him to step down. He would then need over 50% of Tory MPs to back him in a secret ballot; if he loses the vote, a leadership contest to replace him would get under way.

Johnson has so far managed to keep the number of rebels below the threshold. But months of turmoil in his government, including his botched handling of an ethics probe and a key parliamentary election loss, have damaged his standing. Support for the Tories has plummeted in opinion polls.

Conservative MPs will be looking at Gray’s report to see if her findings match Johnson’s own statements on the various events. He has said he attended one drinks reception in his Downing Street garden on May 20, 2020, though he said he thought it was a work gathering.

Johnson has been humiliated by the slew of allegations, having to apologise to Queen Elizabeth II after it emerged his staff held two parties on the eve of her husband Prince Philip’s funeral.

The latest report about Johnson’s birthday is “yet more evidence that we have got a prime minister who believes that the rules that he made don’t apply to him”, opposition Labour Party leader Keir Starmer said in a statement.

The pushback from Johnson’s team started immediately, however. Culture secretary Nadine Dorries defended Johnson on Twitter, saying the birthday gathering was not a party.