UK PM braces for the outcome of a probe of claims that gatherings were held in Downing Street which broke pandemic rules, and which could lead to his own colleagues ousting him 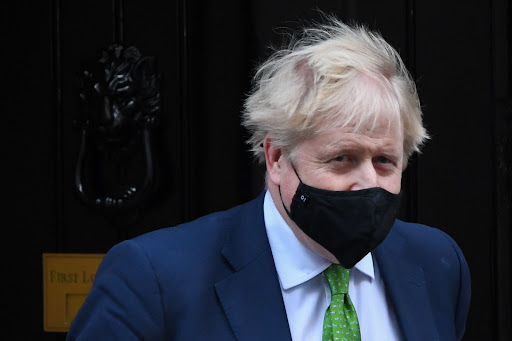 UK Prime Minister Boris Johnson faces the most critical week of his premiership, as he braces for the outcome of an investigation that could lead to his own colleagues ousting him.

Allegations are also mounting over the conduct of his government whips — the Conservative Party lawmakers responsible for maintaining party discipline — with MP Nusrat Ghani claiming on Sunday that she was fired as a minister in 2020 partly because of her Muslim faith.

Several Conservative MPs and ministers rallied round her. Following a conversation between Johnson and Ghani on Sunday evening, the premier on Monday morning announced a Cabinet Office inquiry into the allegations.

It comes after Tory MP William Wragg accused the whips of trying to “blackmail” MPs who were challenging Johnson’s leadership by threatening to withdraw taxpayer funding from their constituencies. Wragg is set to speak to police this week about his claims.

The latest swirl of allegations around Johnson’s team has further dented trust in the prime minister, just as he battles for survival over claims that he allowed alcohol-fuelled gatherings in Downing Street which broke pandemic rules imposed by his own government.

Johnson has so far managed to keep a lid on the growing rebellion within his party despite a number of Tory MPs publicly calling on him to resign. But many lawmakers have been waiting for the outcome of senior civil servant Sue Gray’s inquiry before deciding whether to join rebels in forcing a vote of confidence in Johnson’s leadership. Her report is due to be published this week but the exact day has not been confirmed.

The government will attempt to get back on the front foot on Monday by announcing new funding for schools to help deal with Covid-19, as part of an effort to transition to living with the virus. Schools in England will get £8m to both support the vaccination programme for 12-15 year-olds and provide air cleaning units to boost ventilation where needed, the education department said in an emailed statement.

Johnson wants to refocus attention on his decision to lift most Covid-19 restrictions in England, with mandatory face masks in some locations being dropped from Thursday, in an attempt to win over many of his MPs who have long called for the move. His team are also preparing to unveil a long-awaited blueprint on how to “level up” the country to boost prosperity in the least affluent regions, one of the key planks of his domestic agenda.

But anger and dismay among rank-and-file Conservatives are still running high, after months of turmoil in Johnson’s government that began with his botched handling of a probe into former minister Owen Paterson. The Conservatives’ poll ratings have plummeted.

Johnson would face a confidence vote on his leadership if 54 Tory MPs, or 15% of the total in the House of Commons, submit letters to a key committee calling for him to resign. He would then need over 50% of Tory MPs to back him in a secret ballot; if he loses the vote, a leadership contest to replace him would get under way.

As the first female Muslim minister to speak in the House of Commons, Ghani’s claims come at a highly sensitive time for Johnson. She told the Sunday Times that her “Muslimness was raised as an issue” for her sacking in a 2020 reshuffle. “It was like being punched in the stomach,” she told the newspaper. “I felt humiliated and powerless.”

Conservative chief whip Mark Spencer said on Twitter that Ghani was referring to him and that the accusations were “completely false.” In a separate statement, Johnson’s office said the premier had invited Ghani to make a formal complaint at the time and she chose not to.

But Ghani later hit back, saying in an emailed statement she had only been offered an internal Conservative Party complaint process rather than a government inquiry. This was “very clearly not appropriate for something that happened on government business,” she said.

An independent review last year found that “anti-Muslim sentiment remains a problem” in the Conservative Party. Swaran Singh, a professor of psychiatry at Warwick University, who led the inquiry, said at the time: “While the problem is not systemic, the party must now act to root it out.”