Inflation is weaker in the eurozone and drivers will ease gradually in 2022, says ECB chief 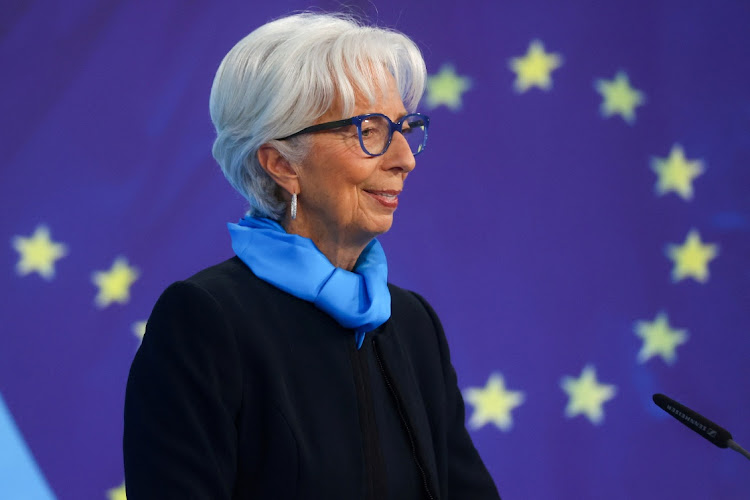 The European Central Bank (ECB) has “every reason” not to respond as forcefully as the Federal Reserve to soaring consumer prices, according to president Christine Lagarde.

“We’re all in very different situations,” Lagarde told the France Inter radio station on Thursday in an interview. Inflation is “clearly weaker” in the eurozone, while the region’s economic recovery is also not as advanced as in the US, she said.

“We have every reason to not react as quickly and as abruptly as we could imagine the Fed might,” Lagarde said. “But we have started to respond and we, of course, stand ready to respond with monetary policy if figures, data, facts, require it.”

The ECB has come under pressure to act after inflation in the currency bloc hit a record 5% in December. But while officials have agreed to wind down pandemic stimulus, they say an interest-rate increase is highly unlikely in 2022 since the current bout of inflation is driven by supply shocks and a spike in energy costs, and should gradually ease.

Under current conditions and inflation forecasts, “an increase in interest rates is not expected in 2022”, ECB governing council member Pablo Hernandez de Cos told Spanish television broadcaster TVE in a separate interview on Thursday.

But some have doubts about the projections. 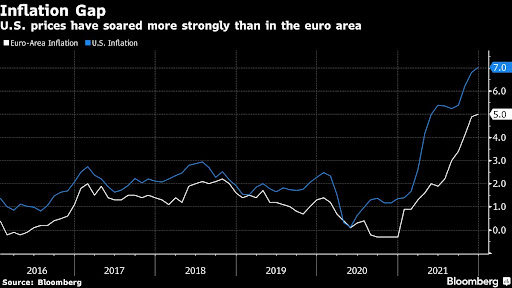 ECB governing council members gathering in December cautioned that higher-for-longer inflation “could not be ruled out”, according to an account of the meeting published on Thursday. Some officials also argued they mustn’t convey the impression that they’re committed to buying bonds beyond 2022.

The Fed, meanwhile, has accelerated its own stimulus exit and signalled that it will start raising rates as soon as March after consumer price growth reached 7% in December. That’s the most in almost four decades and is fuelling fears of a cost-of-living squeeze.

Financial markets are testing the ECB’s resolve to wait out the surge in prices, betting on a rate hike as soon as September. Benchmark German debt yields also climbed above zero for the first time since before the pandemic on Wednesday.

Lagarde didn’t appear concerned when asked about that development.

Rising yields mean “the fundamentals of the economy are recovering”, she said. “It means there’s confidence in growth and in such conditions rates will increase gradually.”

In December, the Bank of England became the world’s first major central bank to tighten policy since the start of the Covid-19 pandemic
World
3 months ago

Cryptocurrencies bear the hallmarks of a pyramid scheme and undermine  sovereignty of monetary policy, says Bank report
News
3 months ago