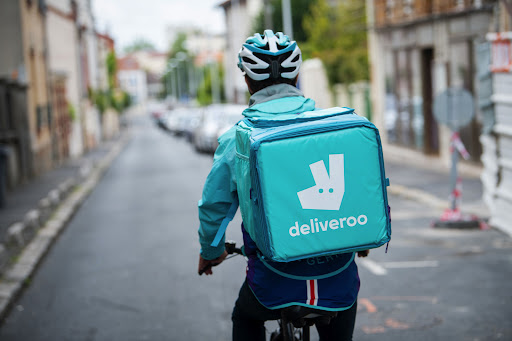 Deliveroo’s orders grew faster than expected in the fourth quarter, driving the firm to hit the top end of its full-year guidance and providing a lift after the stock languished since going public in 2021. Shares in the company gained as much as 6.1% in London on Thursday, the most since August.

Food delivery companies have been struggling to grapple with the end of the pandemic, with customers returning to work and regulators prepping new rules for gig economy workers.

“We’re really pleased with how we performed vis-à-vis year-on-year versus a very restricted period a year ago,” Deliveroo CEO  Will Shu said in an interview.

Shu added that the company now had three small fulfilment centres in London for its new rapid grocery offering and that “the consumer adoption, the retention, the frequency is really off the charts.”

Full-year gross transaction value (GTV) rose 70% year on year in constant currency, the edge of the previously projected 60% to 70% range, the London-based food delivery company said in a statement on Thursday. Fourth-quarter GTV gained 36% to £1.7bn, while analysts surveyed by Bloomberg had expected gains of 28.3%.

UK and Ireland led the company’s performance, with the value of transactions rising 71% across 2021, as the firm said it gained UK market share. In the international segment, orders gained 74% but outpaced transaction value as the average order size decreased.

Addressing new rules from the European Commission that could affect millions of gig economy workers, Shu told analysts on a conference call that he generally viewed the proposals positively and that they put Europe on a path to further clarity.

Shu also said there was interest globally for its rapid grocery offering from partners. Amid recent acquisitions by other food delivery companies, Shu said “the industry is still pretty early in its maturity if you look at online penetration”.

The company had 80.8-million orders in the past quarter, a sequential gain of 10%, while GTV per order rose 1% in constant currency to £21.4. The company confirmed its full-year guidance for gross profit margins of 7.5% to 7.75% as a ratio of transaction value.

Deliveroo shares rose as much 6.1% at the start of trading Thursday and were up 3.1% before midday in London. They’ve fallen more than 50% since the market debut in March 2021.

Uber Eats has one of the largest networks of delivery people who can help restaurants get their deliveries out fast, says Nakampe Molewa
Companies
5 months ago
Next Article