Russia is the third-biggest crypto mining nation in the world 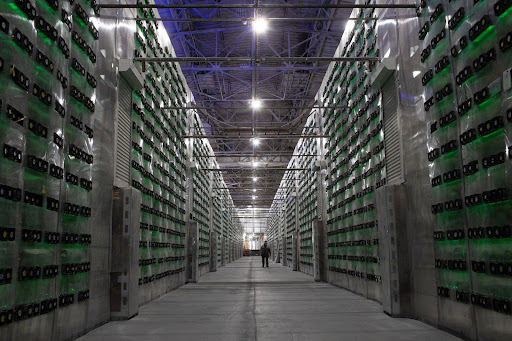 The central bank of Russia proposes that all cryptocurrency activities are halted. Picture: BLOOMBERG

The central bank of Russia, the third-biggest crypto mining nation in the world, proposed a blanket ban on the use and creation of all cryptocurrencies domestically.

Cryptocurrencies bear the hallmarks of a pyramid scheme and undermine the sovereignty of monetary policy, posing a threat to the Russian financial system, the central bank said in a report published Thursday.

“Potential financial stability risks associated with cryptocurrencies are much higher for emerging markets, including in Russia,” the central bank said.

The hard line against crypto dovetails with the position of Russia’s powerful security services, which also back a compete ban domestically to prevent it from being used to fund the country’s opposition, according to two people familiar with the issue. More than 7-trillion roubles ($92bn) of assets are held in about 17-million cryptowallets in Russia, they said.

The Federal Security Service, or FSB, lobbied governor Elvira Nabiullina for a blanket ban as the hard-to-trace payments are increasingly used by Russians to donate to undesirable organisations, including media resources that have been labelled “foreign agents”, said the people, who asked not to be identified because the information is not public.

Opposition and media funding accounts for an insignificant fraction of crypto use in Russia but the security services are worried that it is a growing problem, they said.

A spokesperson for the FSB didn’t respond to requests for comment.

“As for the FSB, the Bank of Russia has been saying for a long time that we consider the risks of cryptocurrencies to be high,” the central bank’s financial stability department head Elizaveta Danilova said Thursday at an online briefing. “This is our position. But at the same time, we are pleased if other organs share it.”

Russia already bans the use of crypto to make payments, and the central bank report called for individuals and businesses that flaunt the rules to be held to account. There is no need for a complete ban as in China and proposals would not apply to assets held abroad by Russians, Danilova said, adding people with offshore exchange accounts will be able to trade crypto.

The report took aim at mining, which it said hurts the country’s green agenda, jeopardises Russia’s energy supply and amplifies the negative effects of the spread of cryptocurrencies, creating incentives for circumventing attempts at regulation.

Russia is home to a thriving mining industry, which has become an increasingly important centre after China labelled crypto-related transactions illicit financial activity and vowed to root out mining of digital assets.

Russia became the world’s third-biggest crypto miner in 2021, according to Cambridge University data. The largest facilities are located in the country’s north and in Siberia, where the temperatures are low and there is access to cheap power. BitRiver, Minespot and BitCluster are among the biggest companies that provide services in the industry.

“We hope that this proposal will be discussed with the industry,” co-founder of BitCluster Vitaliy Borschenko said by phone. “The central bank’s main concern is that crypto currency won’t be traded in Russia and crypto mining poses no risks in this regard.”

As the debate over crypto intensifies in Russia, speaker of the lower house of parliament Vyacheslav Volodin said this week that creating a regulatory framework will be a priority in the Duma’s spring session. Any ban would first need to be passed into law before taking effect.

The push to ban crypto comes amid a far-reaching crackdown on anti-Kremlin opposition and independent media after the arrest of Alexei Navalny a year ago. Russia has also issued large fines to foreign technology companies for failing to remove content as President Vladimir Putin faces off against the West in a European security crisis that could escalate into open conflict.

Navalny’s network of offices, which was banned by Russian authorities as “extremist” in 2021, continues to accept donations in bitcoin. A wallet listed on its website has received cryptocurrency worth $4m over the past five years, according to Blockchair, a blockchain search engine.

Leonid Volkov, Navalny’s chief of staff, didn’t respond to a request for comment.

The Meduza news website also accepts donations in cryptocurrencies. Meduza was labelled a foreign agent in April, which forces it to post a bulky disclaimer on all publications and meet strict financial disclosure rules.

It has received two large crypto-donations and numerous minor ones, according to Meduza’s publisher Galina Timchenko.

“We don’t disclose our figures, but I can say that it represents about 3% of our total donations,” Timchenko said. “In other words, it’s really not much.”

The US president has sown doubt over the West’s response, saying a 'minor incursion’ could carry a lower cost
World
4 months ago

Nato, the EU and the US have no business handing Eastern Europe states to Vladimir Putin
Opinion
4 months ago
Next Article

PODCAST | Understanding the potential of cryptocurrency as part of an ...

PODCAST | Understanding the potential of cryptocurrency as part of an ...