Omicron a bigger risk for the young, GEMS data shows 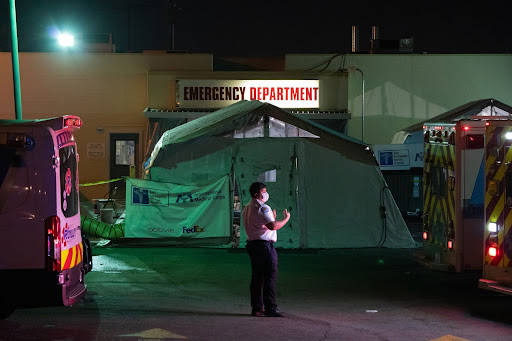 Under-18s are more susceptible to Omicron than other strains, data from one of SA’s biggest medical insurance programmes shows. Picture: BLOOMBERG

The Omicron variant may be more dangerous for children than earlier coronavirus strains, a study of hospitalisation data from one of SA’s biggest medical funds shows.

Data from the 56,164 Covid-related hospital admissions among the more than 2-million beneficiaries of the Government Employees Medical Scheme (GEMS) found that the admission rate for children under the age of four was 49% higher during the Omicron wave than for Delta. It was also higher than during the infection surges driven by the original virus and the Beta variant, according to the data analysed by the National Institute for Communicable Diseases (NICD).

In addition, admissions were 25% higher for those aged four to 18 than in the Delta wave, though lower than for Beta.

The trend among children contrasts with the data for adults, for whom the Omicron wave caused the lowest admission rate of any of the four variants that have led to major infection surges in SA.

“Persons under the age of 18 are responsible for an increasingly large proportion of identified Covid-19 infections and are associated with an increasingly high case admission rate,” the NICD said in its report on Wednesday. “This may possibly suggest that the young are being more commonly impacted by Omicron in contrast to the adult population.”

Still, the results may be skewed by the fact that until early November children between 12 and 17 couldn’t get Covid-19 vaccines in SA and those below 12 aren’t eligible for the shots, the NICD said. Older age groups in the country are proportionally more vaccinated than younger adults.

The study also found that the average age of those testing positive for Covid-19 during the Omicron wave was 38.5, compared with 40.8 during the Delta surge, 45.6 during the Beta wave and 43 in the original surge.

Over all age groups, only 15.4% of those infected during the Omicron wave went to the hospital. The corresponding numbers were 19.3% for Delta, 28.4% for Beta and 21.4% for the original virus.

Researchers say that while those who previously caught the Delta variant could contract Omicron, those who get the Omicron strain cannot be infected ...
News
3 months ago

The German/SA study was conducted on seven Germans who had already received boosters before their arrival in Cape Town and who were infected by ...
National
3 months ago