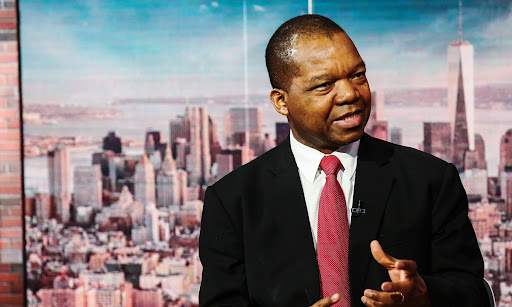 Reserve Bank of Zimbabwe governor John Mangudya is reluctant to act to narrow a widening gap between the national currency’s official and black market rates, saying businesses were to blame for the disparity.

While the Zimbabwean dollar has been allowed to gradually weaken from parity with the greenback in February 2019 to 112.80 to the dollar as of Wednesday, it trades at more than 200 to the dollar on the black market, stoking inflation.

Business leaders have blamed the gap on a lack of foreign currency supply though Mangudya says it’s due to many businesses accepting payment in US dollars at the unofficial, or parallel market, rate.

“We would love convergence, but it requires the business community to also walk the talk,” he said on Monday in an interview in Harare. “Convergence must be at a realistic exchange rate.”

A weekly foreign currency auction run by the central bank resumed Tuesday after a more than month-long gap over the Christmas holidays.

“Delays only help in promoting the parallel market as a source of US dollars,” the oldest brokerage in the country, Imara Asset Management, said in a note to clients this week.

The local currency slid 3.68% at the first auction of the year to 112.80 per US dollar, according to data provided by the central bank. That’s the largest decline in two months.

Business has said it is at the receiving end of the currency rate disparity. It struggles to obtain the foreign currency, which it needs to keep operations running and is forced to turn to the parallel market.

The Confederation of Zimbabwe Industries, the largest business lobby group in the country, warned in October that a policy response from authorities was needed to save the local unit from collapse.

“Such a gap plays havoc” for companies, John Legat, the CEO of Imara, said.

To have the official rate move to match the parallel market rate is “like chasing one’s tail,” according to Mangudya. The unofficial rate will only surge even higher, decimate the earnings of citizens and lead to price hikes in the southern African nation, where annual inflation was 61% in December,” he said.

As shipments of Covid-19 shots ramp up hurdles including supply-chain obstacles, misinformation and vaccine hesitancy are complicating rollouts in ...
News
5 months ago
Next Article