The deal is the biggest cash takeover of the pandemic 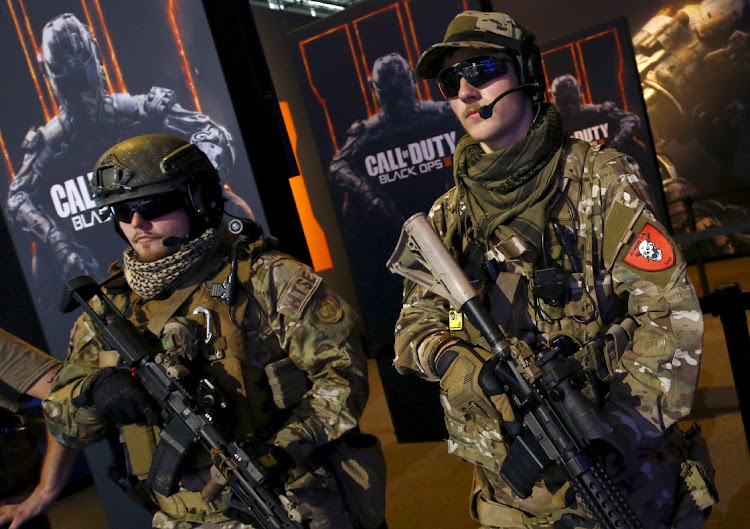 Men dressed as soldiers promote a "Call Of Duty" video game at a fair in Cologne, Germany. Picture: KAI PFAFFENBACK/REUTERS

Microsoft is spending $69bn on the biggest cash-funded takeover since the start of the coronavirus pandemic, with its purchase of Activision Blizzard.

The US technology giant is paying up for Activision, owner of the  Call of Duty  franchise, after video-game makers got a boost during extended Covid-19 lockdowns. There hasn’t been an all-cash acquisition this big since energy giant Saudi Aramco took control of chemical producer Sabic in a $69bn deal announced in 2019, according to data compiled by Bloomberg.

It’s been a busy start to the deal making year, with transaction volumes already up 41% over the same period in 2021 to hit $218bn. That comes even after a record 2021, when more than $5-trillion worth of deals were announced, trouncing the previous high set more than a decade earlier. Just three weeks into 2022, the boom is showing no signs of slowing down, with Unilever’s $68bn approach for GlaxoSmithKline’s consumer health unit adding to the tally of potential mega deals.

The Activision purchase ranks as Microsoft’s biggest ever acquisition, surpassing its $26bn takeover of professional social network LinkedIn, announced in 2016. 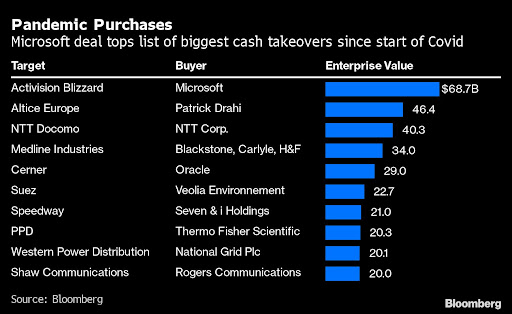 Microsoft is offering a 45% premium to Activision’s last closing price in New York. That tops the average 24% premium paid by buyers of video game producers and other entertainment software companies over the past five years, according to data compiled by Bloomberg.

Buying Activision will eat away at a big chunk of Microsoft’s cash pile, which stood at $131bn at the end of September. Few companies have the balance sheet to pull off such a deal.

Azure is the world’s second-largest cloud business and the fastest-growing among the large players, including Amazon, writes The Finance Ghost
Companies
5 months ago
Next Article