Exit from its home since 1986 could be an upheaval for dozens of firms and its landlord, China’s Ping An 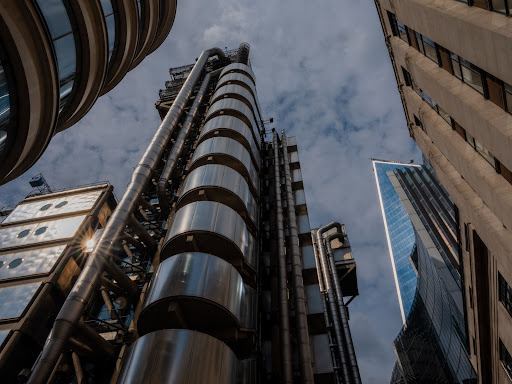 Lloyd’s of London is reviewing its real-estate needs as the insurance market embraces flexible working.

“As we adapt to new structures and flexible ways of working, we are continuing to carefully think about the future requirements for the spaces and services our marketplace needs,” it said in a statement. React News reported the review earlier.

The Lloyd’s insurance market has been a historic focal point in the City of London since it moved into the building in 1986. Dozens of insurers based themselves in the towers immediately around the historically protected building. Any move away from the inside-out building, named for its external elevator shafts, plant and machinery, could shift the centre of gravity in the district.

A move would also be a headache for China’s Ping An Insurance Group, which owns the building on Leadenhall Street. It was tailored for Lloyd’s needs by architect Richard Rogers and its historic protections limit the scope for major modifications to make it suitable for a new occupier.

This is not the first time Lloyd’s has reviewed its accommodation. In 2014, the group considered a move to a nearby development at 40 Leadenhall Street  now under construction, the Sunday Times reported at the time.

Lloyd’s lease runs until 2031 but it has a break clause in 2026 that could enable it to leave earlier.

Trains have been at their busiest since the pandemic started, while employees have thronged the streets again
World
7 months ago

Companies worldwide are adapting their ventilation, layout and space requirements as people find they like working from home
World
11 months ago