Trading boom sparked by the volatility of Covid-19 might be starting to fade, and companies are having to contend with higher costs to prevent employees from defecting 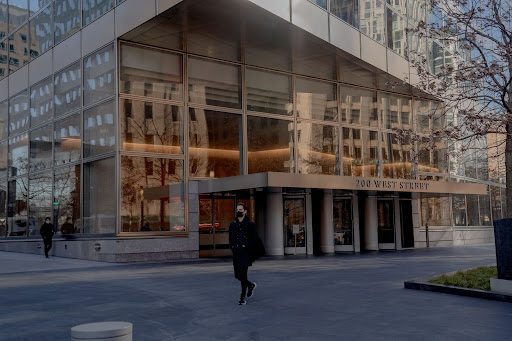 Goldman Sachs Group headquarters in New York. The company reported a decline in equities trading in the fourth quarter, adding to evidence that the frenzied activity touched off by the Covid pandemic is cooling. Picture: BLOOMBERG

Goldman Sachs equities traders posted a decline in the fourth quarter, adding to evidence that the frenzied activity touched off by the pandemic is cooling, even as the bank ratcheted up payouts for employees. The company’s shares tumbled.

Revenue from the bank’s trading operation slid 7%, missing analysts’ estimates for a small gain. The surprise let-down came from its equities business, which declined 11%, according to a statement on Tuesday. Despite rounding off their best year ever for both revenue and earnings, Goldman executives will need to address investor concerns that the trading business is on a downward trajectory.

Compensation and benefits, the single biggest driver of expenses at Goldman, jumped 33% to $17.7bn in 2021, an indication of big rewards for employees after a record year.

Top executives at JPMorgan Chase and Citigroup last week took turns to lower expectations for Wall Street profit this year after posting bigger-than-expected declines in trading for the last three months of 2021. JPMorgan shares dropped 6.2% on Friday, their biggest in more than 18 months.

The trading boom set off by the market volatility of Covid-19 might be starting to fade, and companies are having to contend with higher costs to prevent employees from defecting. That leaves bank leaders with the task of resetting expectations.

Goldman shares were down 8.4% to $349.12 at 9.42am in New York, their biggest intraday decline since June 2020. The stock was one of the pandemic’s success stories, climbing 45% last year. But investors have already turned their attention to how the New York-based firm will fare in calmer markets, with the price plateauing in recent months and trading below levels set in June.

In steps a new CFO

The company’s earnings call will mark the public debut of Denis Coleman III as CFO. Coleman previously led the global financing group and replaces Stephen Scherr, who held the position for more than three years.

In a time when competition for talent and pay pressures have become major themes, Goldman is rewarding its partners — roughly 400 executives — with a special one-time award, Bloomberg reported last week. That payout will be in addition to their typical cash and bonus compensation, which ranges from a few million dollars to multiples of that after a year of record earnings.

Investment-banking revenue of $3.8bn beat analysts’ average estimate of $3.07bn. That was driven by its merger-advisory business as well as debt underwriting, which climbed 80% from a year earlier. Dealmakers at the firm, which has dominated in a year of merger mania, will be among the biggest beneficiaries of ballooning pay. Executives have mulled boosting the bonus pool for investment banking by as much as 50%.

Goldman’s asset-management business, which includes its alternatives-investing platform, had revenue of $2.89bn, down 10% from a year earlier. The decrease was driven by lower revenues on equity investments as well as in lending.

Revenue at the bank’s consumer and wealth business rose 19% to almost $2bn. Earlier this month, Goldman announced a new credit card with General Motor, adding another Main Street brand to the line-up. The agreement is Goldman’s second major co-brand deal after the launch of a high-profile credit card with Apple in 2019.

Provisions for credit losses jumped 44% tied to growing card balances as well as those related to the General Motors portfolio.

Other highlights from the fourth-quarter results: