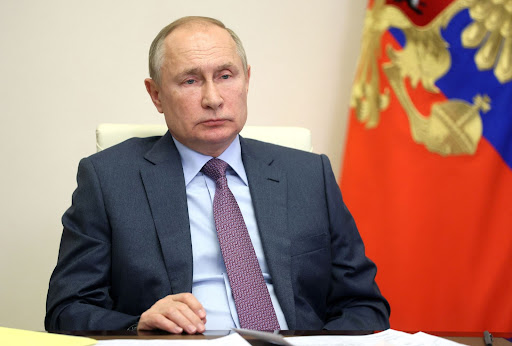 Three times in seven years Valentyna Dzyuba’s roof has been destroyed, leaving the 71-year-old and her daughter to live for a while in the tiny cellar in their eastern Ukraine house that serves as a food store and bomb shelter.

On one occasion something struck but didn’t explode. Dzyuba reached into the attic to find a small-gauge mortar shell (“it looked a bit like a bicycle pump”), which she scooped into her apron and carried outside. Another time, her 41-year-old daughter, Halyna Nevynna, extracted a piece of shrapnel from her own stomach, having been hit by a shell in front of the house.

A head-high dent in the hallway closet shows where a bullet came through the window and skipped across to hit the refrigerator. They have bricked up that window and others that looked over the garden. Beyond it lie the abandoned mine shafts and slag heaps that since 2014 have marked the Russia-backed separatist territory of the self-proclaimed Donetsk People’s Republic, or DNR.

Theirs is the last inhabited house before the front lines with the separatists, at the edge of the Ukrainian-held town of Mar’inka.

Yet despite the shelling and shooting that often still starts at dusk, both women are confident there will be no invasion by Russian forces, who could enter Ukraine and then pass through the disputed areas near where they live. They cannot believe anyone would want to start a war given the bloodshed that would follow.

About 14,000 people have died on both sides of the conflict in Ukraine since it started in 2014. Donetsk, declared by separatists as the DNR capital, is 30km away.

“They won’t do it” because the troops dug into trenches on either side don’t want to die, said Nevynna, who spent the first two years of the war working in Russia. She returned after neighbours told her Dzyuba had fallen ill.

On top of that “he”, Nevynna said, in a reference to Russia’s President Vladimir Putin, “knows there are a large number of Russians living here. We live in Ukraine, but before it was the Soviet Union.”

Across Ukraine there remains a remarkable sense of calm, given warnings from US intelligence and their own that Russia continues to build up forces at the border and has already put assets in place to conduct a false-flag attack that would justify an invasion. Putin has denied he plans a military attack.

Within the country, that absence of panic seems to grow the closer you get to the front. And few live quite as close as Nevynna and her mother.

“When I wake up in the morning and the roof and windows are intact, I say glory be to God,” says Dzyuba, who refuses to leave her home. With nothing but a 3,000 hryvnia ($106) a month pension between them, “what then is life?”

On a recent afternoon all was quiet, yet Dzyuba was anxious about being outside in view of possible snipers. She asked a photographer to hurry as he took pictures in the garden. Their neighbour to one side was killed in fighting. On the other side, they fled once their house was hit. Some empty defensive trenches now mark the garden behind it. Along the street, most houses have their windows boarded and bear pockmarks from shrapnel.

It is hard to understand how Dzyuba and her daughter really feel about their place in Ukraine, versus Russia. They are not political. But Dzyuba’s fear that something she says could draw retribution from either side is palpable. She says she chats with Ukrainian troops, who disposed of that undetonated mortar shell for her. Yet a drunken platoon also mistakenly shot a neighbour in the leg, she says. And what if the DNR troops do one day come?

Given the suffering that division and conflict have caused along the front lines, it is small wonder that opinion polls suggest support for joining the EU or Nato remains weakest in Ukraine’s eastern reaches, even if that does not translate into support for a Russian invasion.

“They should do something to renew relations between Russia and Ukraine and end this conflict,” said Nevynna.

Dzyuba, who suffers from heart issues, doubts she will live to see either that day or her nephew, who lives on the other side of the lines. “We are living on a powder keg,” she said.