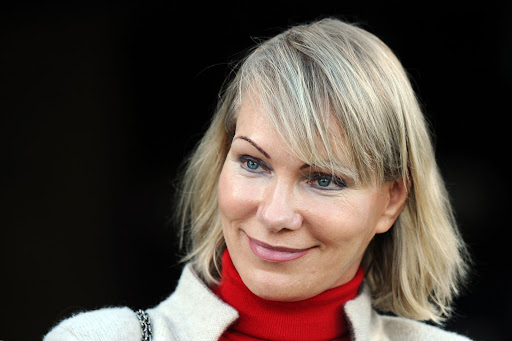 The Russia-born heiress was trying to sell a stake in Louis Dreyfus Co, one of the world’s biggest agricultural commodity trading houses, after she borrowed more than $1bn from Credit Suisse to buy out family members. More than $400m of debt was coming due by the end of 2020.

Since then, Louis-Dreyfus has sold 45% of Louis Dreyfus Co to an Abu Dhabi sovereign wealth fund, and the firm has profited from volatile and higher agricultural commodity prices during the pandemic.

Her main holding company, Akira, received a $52m dividend in May and another $405m on the day of the deal’s completion in September, filings showed earlier in January. Her net worth has increased to $3.3bn, according to the Bloomberg Billionaires Index.

Her latest payout may help ease her debt burden after she borrowed to buy out her in-laws and honour her late husband’s wish of preserving the closely held trading business for his heirs. While the price of the Abu Dhabi sale wasn’t disclosed, people familiar with the matter said when it was announced in 2020 that it was roughly based on the company’s book value.

A representative for Rotterdam-based Louis Dreyfus Co declined to comment.

It’s been a dramatic period for Louis-Dreyfus, who now lives in Switzerland. She inherited a stake in the trading house after the 2009 death of her husband Robert, a great-grandson of the founder and the person who turned around the 171-year-old business in the early 2000s.

In 2011, she became chair of the firm’s holding company and often paid high prices to increase her stake from about 50% at the time of Robert’s death to 96% by November 2020.

She increasingly used dividends in recent years to help repay the loans and pledged some of her shares in Louis Dreyfus Co against the debt. Her stake sale to Abu Dhabi’s ADQ opened the family business to outside ownership for the first time.

Louis-Dreyfus told Swiss business magazine Bilanz in November 2020 that she planned to use some of the proceeds from that disposal to settle her debts with Credit Suisse.

In September, Akira opened a new credit line with the Swiss bank and drew down $240.7m. Another family holding company, Ruethiers, owed $65m to creditors at the end of 2020, with most of it due after more than one year, filings show.