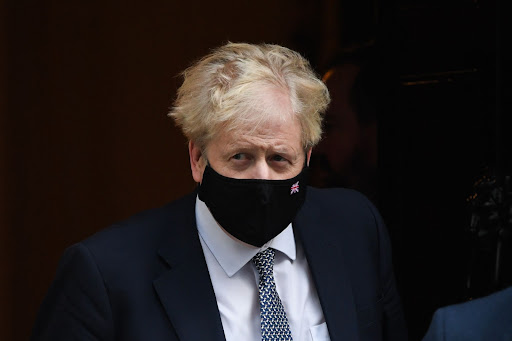 Boris Johnson faces another bruising week, with his future as UK prime minister in the balance amid a furious public backlash over rule-breaking parties at his Downing Street office.

Six legislators in the governing Conservative Party have already called on Johnson to resign over allegations of alcohol-fuelled get-togethers involving Downing Street staff when the country was in lockdown.

Many Conservative MPs report receiving hundreds of emails from local activists and voters angered by the alleged events, which include ones held in April 2021, the evening before Queen Elizabeth II sat alone at the funeral of her husband Prince Philip.

Amid warnings that Johnson has one last chance to save his leadership, Conservative chair Oliver Dowden said the “contrite” prime minister is committed to tackling the “underlying culture” at Downing Street. British media reported that Johnson was planning a clearout of staff and a series of populist policy announcements, including tackling the backlog of National Health Service (NHS) operations and removing remaining Covid-19 restrictions on January 26.

British Prime Minister Boris Johnson's future hangs in the balance amid a furious public backlash over rule-breaking parties at his Downing Street office.

Critical to his future will be the verdict of senior public servant Sue Gray, who has been charged with investigating the various events held in Downing Street and around Whitehall during the pandemic. Many Tories say they will only make up their minds once Gray has published her findings, which could be as early as this week.

The Telegraph reported on Monday that Gray had interviewed Johnson. The premier’s office declined to comment on the report.

Johnson’s fate lies in the hands of his backbench MPs, 15% of whom — 54 MPs — can trigger a vote on his leadership by submitting letters of no confidence. Almost three dozen Tory MPs support a vote, the Sunday Times reported, citing a senior government source it didn’t identify.

The “partygate” scandal has plunged Johnson into the deepest crisis of his premiership, with opinion polls showing his personal approval ratings collapsing and the Conservatives about 10 percentage points behind the opposition Labour Party. Crucially, he is losing support in the traditionally Labour-voting districts in northern England that flipped at the 2019 general election.

The latest demand for Johnson to go came from former minister Tim Loughton, who said he had “regretfully” come to the conclusion that his position is now “untenable”. Fellow Tory MP Andrew Bridgen said Johnson had lost the moral authority to lead.

However, others came out in support of Johnson. In broadcast appearances Sunday, Dowden acknowledged the depth of public anger, but said Johnson had made the “right call” on vaccines. Conservative MP James Wild said he was not calling for Johnson to quit “at this stage”.

In a move likely to prove popular with many Conservatives, culture secretary Nadine Dorries, a loyal ally of Johnson, signalled the end of the annual licence fee that funds the British Broadcasting Corporation (BBC). On Monday, the Times newspaper reported the military will be brought in to tackle migrants crossing the Channel from continental Europe.

During the weekend, Labour leader Keir Starmer repeated his call for Johnson to quit, saying he believed the prime minister broke the law and lied.

“The prime minister has degraded the office of prime minister and he has lost all authority, not only in his own party but in the country,” Starmer told the BBC’s “Sunday Show”.