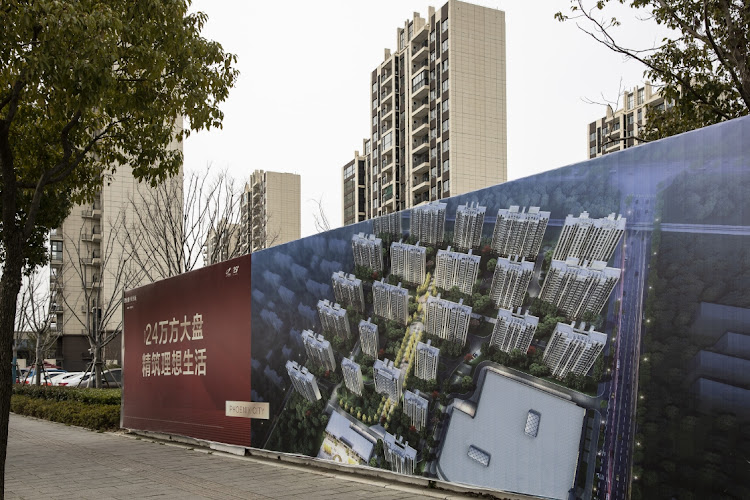 Shanghai  — Concerns about concealed debt at Logan Group  fuelled a heavy sell-off in Chinese dollar bonds, both investment-grade and high-yield.

A key interest rate cut by China wasn’t enough to stem a drop in property stocks, with traders calling for more policy support as the economy slows. Logan’s 2023 note sank 14.7c to a record low 62.3c after Debtwire reported the developer could be on the hook for $812m of guarantees on outstanding obligations due through 2023.

Concerns are weighing on a broader pool of China high-yield property issuers, which are headed for a 10th straight drop, according to a Bloomberg index.

A Bloomberg Intelligence gauge of China real-estate companies was down as much as 1.8% on Monday, dropping a fourth session, weighed by Country Garden, which fell as much as 9.1%.

China’s largest developer is coming under pressure amid investor fears that a reportedly failed fundraising effort may presage declining confidence.

According to a statement from the local housing regulator published on Thursday and reported on Monday, the government of West Coast New Area in the east Chinese city of Qingdao halted sales of two home projects of Country Garden and a project of China Aoyuan because of violations in sales.

The authority told the two developers to rectify problems before allowing them to resume sales.

Meanwhile, in the latest ratings downgrade to hit China’s property sector, Times China’s long-term rating was cut by the ratings company S&P to B+ from BB-, putting it further into junk territory, with its outlook changed to negative from stable.

Despite political tensions, banks and money managers desperately want to compete on the mainland
Businessweek
4 months ago