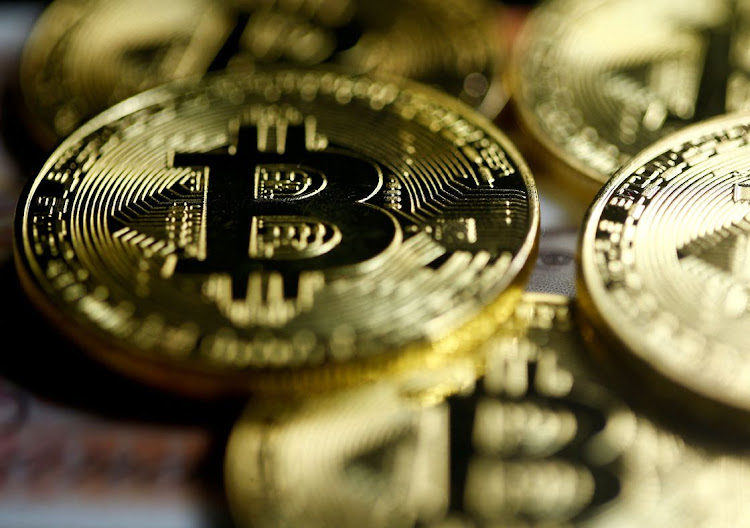 Investors searching for clues about where bitcoin is headed next may want to take a look at what the options market is signalling.

The world’s largest cryptocurrency rebounded this week after falling below $40,000 for the first time since September on Monday. The drop put holders on edge. For one, it marked a downturn of about 40% from the coin’s record high in November. It also served as a test of what is seen by several technical analysts as a key support level: $40,000.

Now bitcoin appears to have stabilised, and options activity suggests investors believe the test of $40,000 is over, and more upside is ahead, according to a team from Genesis Global Trading including Noelle Acheson.

The skew, or difference in implied volatility of bullish and bearish bets, has recently dropped from double-digits to near zero, and revealed a decrease in investor demand for put options and an increase for call options, Genesis data show.

“That shift in preference may be bullish for the price of BTC, all else equal,” Acheson added.

A bottom at $40,000 is a view echoed by many analysts in the famously optimistic world of crypto. Martin Gaspar and Katherine Webb at CrossTower said in a Friday note that bitcoin’s reserve risk, a measure of confidence of long-term bitcoin holders, is now lower than it was at the coin’s last bottom in July 2021, and now stands in the “buy” zone, which could give “more weight to the indication that this is a bottom”. 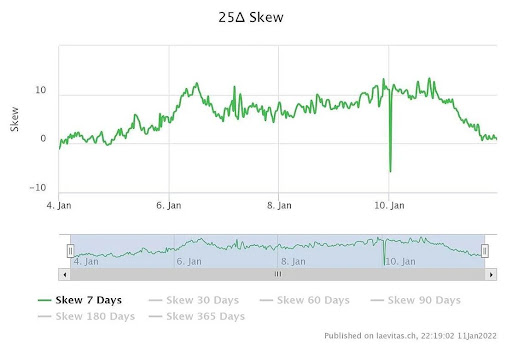 To be sure, bitcoin remains as volatile as before and trading could be choppy in an environment in which the Federal Reserve is becoming more hawkish, according to Marko Papic, chief strategist at Clocktower Group. Bitcoin’s correlation with the S&P 500 remains at one of its highest readings in the past 12 months.

The $40,000 level “has been the key pivot point”, said Bloomberg Intelligence’s Mike McGlone. Up next, $50,000 comes into play before bitcoin resumes its upward trend towards his forecast of $100,000, he said.

McGlone is not alone in his calls for bitcoin to more than double from current levels. Jonathan Padilla, co-founder of Snickerdoodle Labs, a blockchain company focused on data privacy, expects bitcoin to hit that level by end-2022, and also said that $40,000 is likely to be a floor, given the level of institutional capital he expects to flow into the market this year.

“The institutional nature is dramatically different from the primarily retail focus in 2017, 2018,” Padilla said. “That shows the strength of institutional buying and the demand from the long-term perspective.”

David Tawil, president of ProChain Capital, is ready to watch the $38,000 level in this past week’s sell-off. But he hopes to see US tech stocks start to rebound, which signals to him that “the bottom is in” for bitcoin, he told Bloomberg’s QuickTake Stock broadcast.

“This is a pretty good buying level, especially if we go ahead and just retrace the losses, you’re talking about a 50%-plus gain from a year,” Tawil said.

Cryptocurrency dips below $40,000 on Monday
News
4 months ago

Bitcoin rose to about $51,000, buoyed by wider positive sentiment in financial markets
Markets
4 months ago
Next Article

European stocks fall on Fed signals of US rate hikes

European stocks fall on Fed signals of US rate hikes