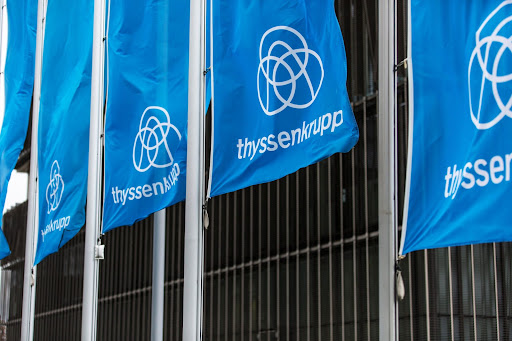 Thyssenkrupp plans to hold a majority stake in its rebranded electrolysis unit after its initial public offering (IPO) to tap into the growing market for green hydrogen to fight climate change.

The engineering conglomerate is preparing to list its electrolysis plant business in 2022, renaming it Nucera, in a move that could value the unit at as much as €5bn, people familiar with the matter said previously. Thyssenkrupp plans to hold more than 50% of shares following a rights issue by its joint venture with Italy’s Industrie De Nora.

“There is a growing awareness in society that we have to do something about climate change,” Nucera CEO Denis Krude said in an interview. “We want to take advantage from this high growth in the hydrogen market.”

Thyssenkrupp is hoping to raise around €600m from the share issue, Krude said, implying a free float of between 10% to 20% based on analyst valuations of the division between €3bn and €6bn.

Hydrogen is billed as key to cutting emissions from carbon-heavy industrial processes like chemical production and steelmaking, though the shift is still in its infancy.

In Europe, where industries are preparing for the EU’s ambitious goal to make the continent carbon-neutral, an unprecedented surge in power and natural gas prices also has underscored the need for diversified energy sources, spurring a flurry of green IPOs.

Nucera constructs plants that generate hydrogen gas from renewable sources of energy such as solar and wind. Hydrogen converts to electricity without greenhouse gas emissions when fed through a fuel cell or burnt in a turbine, and can also be used for energy storage.

Nucera was profitable in its past financial year and reported earnings before interest and taxes of €27m on revenues of €319m, according to a statement on Thursday. Its order backlog for green hydrogen projects stands at €900m.

The unit expects overall sales to rise to about €1bn by financial year 2024/2025, Krude said. The company, which also has chloralkali products, expects its water electrolysis business to break even on an earnings before interest and taxes measure a year earlier.

Thyssenkrupp’s plan to list the unit will bring in cash that can be used to expand the business, currently riding a crest of demand for so-called green hydrogen generation plants. Nucera in December won a contract to build a 2GW hydrogen electrolysis plant in Saudi Arabia’s planned sustainable city of Neom. The company earlier this week also won a contract to build a site for Royal Dutch Shell in Rotterdam.

Thyssenkrupp CEOMartina Merz has overseen a far-reaching restructuring of the group in her bid to improve the fortunes of one of Germany’s last mega-conglomerates. After selling its prized elevator unit in 2021, Thyssenkrupp reached agreements during the summer to offload smaller mining and infrastructure businesses.

Germany has hosted a recent start-up boom, with vibrant communities in Berlin and Munich building 20 unicorns, or companies valued at over $1bn
World
1 month ago

Lobby group wants €800m to build capacity, but critics see the plan as the fossil industry’s attempt to ensure its survival
World
1 month ago
Next Article