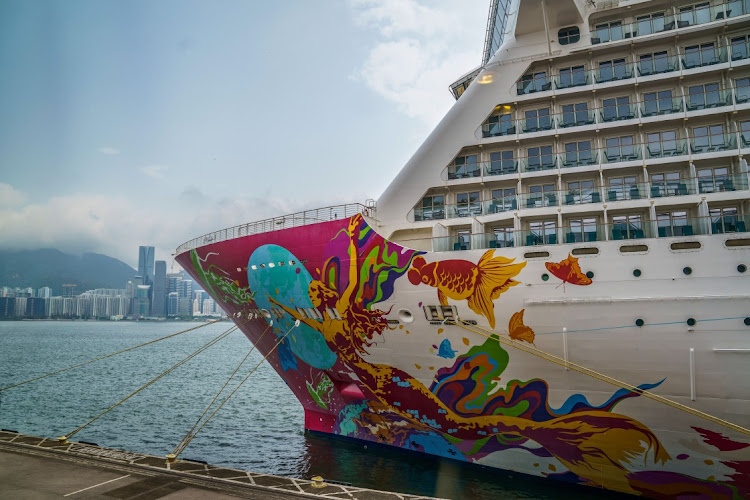 Troubled cruise operator Genting Hong Kong plunged by a record on Thursday after shares resumed trading, following warnings from the company in recent days of more defaults due to the insolvency of its German shipbuilding subsidiary.

The company said in a filing to the Hong Kong Stock Exchange on Thursday that legal proceedings involving a $88m loan facility related to its German shipbuilding unit are still pending a German court ruling set for January 17. The outcome is crucial amid its broader debt crisis, after the firm already halted payments to creditors totalling $3.4bn in August 2020 and was in default of that amount as of December 31 that year.

Genting Hong Kong’s financial health rapidly deteriorated after the Covid-19 pandemic prompted a string of restrictions that have led to restructurings and insolvencies at travel industry companies around the world. The company, which has offered “seacations” amid a global cruise-to-nowhere trend, reported a record loss of $1.7bn last May. The latest developments come just as Hong Kong reimposes some of its strictest virus curbs since the pandemic began. 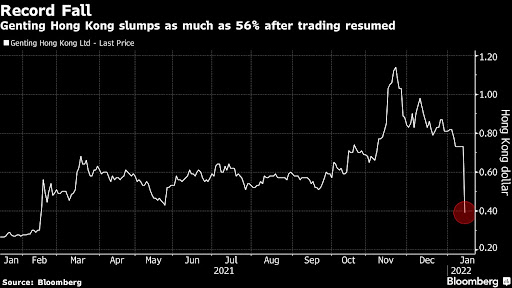 Genting Hong Kong’s indirect wholly owned subsidiary MV Werften filed for insolvency on Monday to a local court in Germany. That came after salvage talks fizzled amid a dispute between German authorities and Genting, as both parties blamed the other for MV Werften’s collapse and the potential loss of 1,900 jobs. The Hong Kong cruise firm warned investors earlier this week that cross defaults amounting to $2.78bn may follow.

The company said that as of the time of its filing Thursday it hadn’t received notice from creditors demanding repayment or commencing action against the company related to their financial arrangements. It is unclear whether any of the relevant creditors will choose to do so, it added.

Genting Hong Kong is linked to Genting Bhd through its chair, Lim, who owned 76% of its shares as of June 2021, according to an interim report. The company’s latest woes mark a setback after things had been looking better in 2020, when it became the first cruise line to resume operations in Asia with summer sailings in Taiwan and Singapore.

More recently, surges in infections of the omicron variant have brought new challenges for the broader global industry. Ship operators have been operating at reduced capacity amid a number of on-board infections and reports of ships being turned away at ports.

The US Centers for Disease Control and Prevention has urged even vaccinated travellers to avoid cruises and raised its travel alert on cruise ships to the highest risk level just weeks ago in December.

The biggest cruise operators, including Carnival and Royal Caribbean Cruises, have been able to raise enough liquidity to get through the worst of the pandemic, even if some may need additional financing. Still, a handful of smaller operators have filed for bankruptcy. Spanish cruise line Pullmantur, partly owned by Royal Caribbean, filed for bankruptcy in 2020, while Jalesh Cruises became the first operator in Asia to shut down the same year.

The fact that Genting Hong Kong’s latest stumbles come just as most operators are now focused on improving their balance sheets means that the number of operators who could be eyeing its assets may be limited.

Genting, while growing aggressively in the Asia market, is still considered a smaller player, said James Ainley, director of hotels and leisure at Citi Research.

“When you look at the priorities of the major operators, they’re going to be looking at recovering cash flows and deleveraging,” said Ainley. “Pursuing M&A is not high on the agenda right now. I struggle to see that investors would want to take a more aggressive move now.”

Unprotected on first ship to depart the country without a shot requirement will be barred from the sushi bar, casino and spa
Companies
1 year ago
Next Article