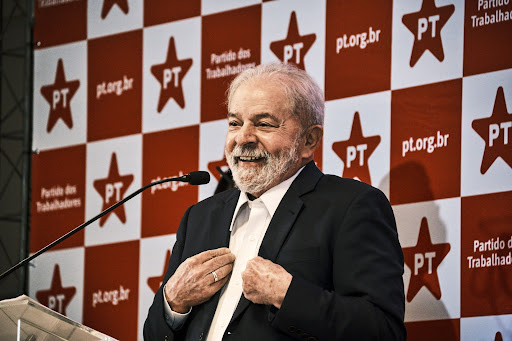 The economy is the nation’s biggest problem, according to 37% of those surveyed by Genial Investimentos and polling company Quaest Consultoria. Unemployment was their top concern, followed by the rate of economic growth, and then inflation.

The current administration has tried to ease the economic pain of the pandemic through government assistance programmes. Despite cash payments to the poor in December, 51% of respondents said their ability to make ends meet actually worsened over the past three months. Brazil finished 2021 with the recovery stalled and inflation above 10%.

The aid has not been enough to significantly boost the president’s popularity either. In a head-to-head match up for October’s election, 44% of Brazilians surveyed said they would back Lula da Silva, while 23% favoured the incumbent Bolsonaro, numbers that held relatively steady from the previous poll in December when Lula da Silva led 46% to 24%.

As the Omicron variant sweeps across the nation and case numbers surge, fears about the virus are also on the rise: 28% of respondents said the pandemic is their main worry, up from 19% in December 2021.

Bolsonaro has tried to downplay the danger of the latest spike in Covid-19 infections, telling news website Gazeta Brasil on Wednesday that Omicron was “welcome” in his country.

“People who really understand it say that it has a very high capacity to spread, but a very small lethality,” he said in an interview. “They say it could even be a vaccinating virus,” he added, noting that some specialists “say that Omicron is welcome and could signal the end of the pandemic.”

Brazil has suffered one of the world’s worst pandemic tolls with more than 600,000 people killed by the coronavirus, second only to the US.

The survey of 2,000 people was conducted digitally from January 6-9, and has a 2% margin of error. The election for president and congress is scheduled for October 2.