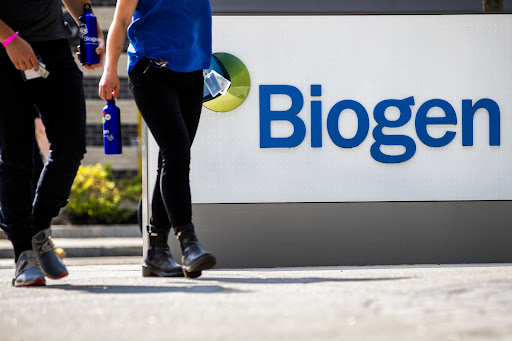 The US government limited Medicare coverage of Biogen’s Alzheimer’s disease treatment and similar drugs to patients enrolled in clinical trials, a highly unusual move that will curb access to the controversial treatment approved in 2021.

Coverage of Biogen’s therapy, sold under the brand name Aduhelm, and other amyloid-targeted Alzheimer’s therapies, will be limited to people participating in qualified clinical trials, the Centers for Medicare & Medicaid Services (CMMS) said on Tuesday in a statement. The shares fell 10% on Wednesday before US markets opened and have lost almost 40% since the drug’s June 7 approval.

The decision is preliminary and will be followed by a 30-day public comment period. A final determination is due in April. The policy will set national rules for how Medicare treats Aduhelm and similar drugs that may follow.

CMMS’s demand for more evidence before it will pay for Aduhelm, priced at $28,200 a year, comes six months after the Food and Drug Administration (FDA) granted the drug an accelerated approval. The clearance was given on the condition that the drugmaker conduct an additional trial to confirm the drug’s benefits, but regulators said at the time that giving patients access to a potentially game-changing therapy was a priority.

However, CMMS officials indicated that they see the balance of risks differently. The agency chose one of its most stringent standards for reimbursement, restricting coverage only to people in randomised trials.

The agency said it did a thorough analysis that found that, while Aduhelm could help patients with the memory-destroying disease, there is also the potential for harm. Headaches, dizziness, falls and even brain bleeds could be possible side effects, officials said in a statement.

“Our foremost goal is to protect beneficiaries from potential harm from an intervention without known benefits in the Medicare population,” said Lee Fleisher, CMMS chief medical officer and director of the Center for Clinical Standards and Quality, on a call with reporters.

According to a summary posted on the Medicare website, qualifying studies must be randomised controlled trials, and must examine whether using amyloid therapies results in statistically significant difference in cognition and function for people with mild Alzheimer’s.

CMMS officials emphasised that the trials must be representative of the population of Medicare patients with Alzheimer’s, which disproportionately affects black people in the US.

Biogen said the trial requirements would cut off access for people who could benefit from the drug.

“This draft coverage determination denies the daily burden of people living with Alzheimer’s disease,” the company said. “This will significantly limit patient access to an FDA-approved treatment, especially for underserved patients.”

The FDA approved Aduhelm over objections from its scientific advisers, who said the evidence didn’t warrant it. Since then, Medicare has been paying for the drug on a case-by-case basis, with local contractors and private health plans that administer the programme deciding whether to approve claims.

“This is a welcome development,” said Aaron Kesselheim, a top Harvard Medical School expert who quit the panel of FDA advisers in protest of the approval. “The only reasonable circumstance currently in which to offer aducanumab is in the context of a prospective, placebo-controlled trial, given that there’s no clear evidence that the drug works.”

Biogen’s treatment is part of a new class that removes a protein called amyloid that accumulates in the brain of Alzheimer’s disease patients. Despite decades of research, there is no proof that amyloid is a major cause of cognitive decline or just a minor contributor. Two big trials of Aduhelm sponsored by Biogen produced contradictory results as to whether the drug can slow Alzheimer’s.

Private insurers in the US have mostly declined to cover Aduhelm, saying they need more proof of its efficacy and that benefits outweigh risks like brain swelling. Regulators in the EU and Japan have so far declined to approve the drug, which Biogen developed in partnership with Eisai. The two companies jointly promote the drug in the US and share the profits, of which Biogen takes 55% and Eisai takes the rest.

“It’s very disappointing and it will create a disparity between those who can and can’t take the medicine,” a spokesperson at Eisai said. “We’ll convey our way of thinking during the public comment period.”

Biogen had advocated for CMMS to cover Aduhelm in patients similar to those studied in clinical trials and among people who are screened appropriately, Chris Leibman, Biogen’s senior vice-president of value and access, said in an interview ahead of the draft policy’s publication.

Leibman said Biogen had told CMMS it was opposed to requiring more evidence, such as additional studies, in exchange for coverage. He said the company is already conducting another clinical trial of Aduhelm, required by the FDA as a conditional of the drug’s approval.

Patient groups said CMMS’s action would limit access to treatment to those who can afford to pay out of pocket, cutting off many patient groups.

“With this approach, access to treatment would now only be available to a privileged few, those with access to research institutions, worsening and creating further health inequities,” said Harry Johns, CEO of the Alzheimer’s Association.

In November, ahead of the national coverage decision, Medicare increased premiums to cover the potential cost of Aduhelm and drugs like it, asking beneficiaries to pay about $11 a month more this year.

Biogen then cut Aduhelm’s $56,000-a-year list price in half in December to address the potential financial strain on the health system.

Health and human services secretary Xavier Becerra on Monday directed CMMS to review its premium increase in light of the price cut.

Biogen has said it expects 50,000 people to start getting monthly infusions of the medication in 2022. Early sales have been negligible — about $300,000 in the third quarter — and Biogen shares have given up the gains they recorded when the drug was approved. The company had estimated as many as 2-million Americans would be candidates for the drug.

The restriction on coverage is likely to affect other drug companies that have been working on similar drugs that target amyloid.

Eli Lilly is studying a potential competitor to Aduhelm, known as donanemab. The drugmaker hopes US regulators will approve its product in 2022 through an accelerated pathway, and it aims to follow with late-stage trial data in 2023 demonstrating clinical benefit. Lilly shares fell 2% before US markets opened  on Wednesday.

“This is one of those middle scenarios we had talked about with investors before,” Lilly CEO David Ricks said of the decision at the JPMorgan healthcare conference. “I’m not super surprised.”

Ricks said providers and patients remain uncertain about whether the risk of emerging Alzheimer’s treatments is worth the benefit. That’s driving the “underdevelopment of this market”, he said.

“At the end of the day, when there’s full-on phase 3 data, I expect the field will shift and we’ll need to shift with it,” Ricks said.

Nearly half of all drugs receiving accelerated approval ultimately got full approval, after an average of about three years
World
1 year ago