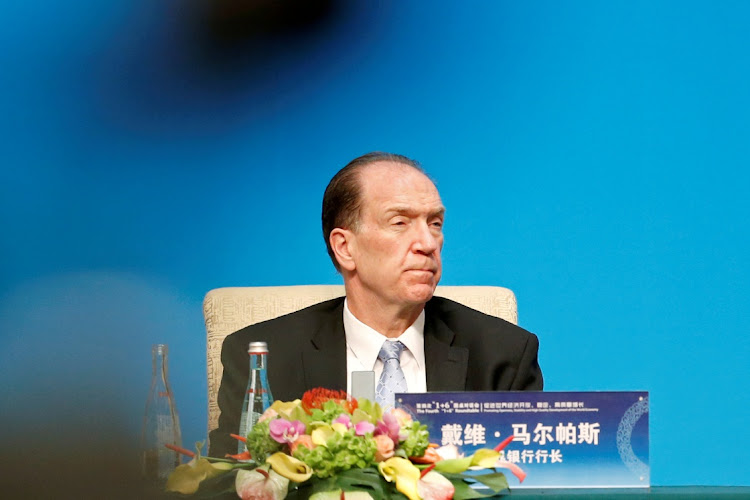 Global GDP will probably increase 4.1% in 2022, less than a 4.3% forecast in June, the Washington-based development organisation said in its semi-annual Global Economic Prospects report on Tuesday. By 2023, annual output is expected to remain below the pre-pandemic trend in all regions with emerging-market and developing economies, while in advanced economies, the gap is estimated to close, it said.

“There is a serious slowdown under way,” Ayhan Kose, the chief economist of the Prospects Group at the institution, said in an interview. The global economy “is basically on two different flight paths: advanced economies are flying high; emerging-market, developing economies are somewhat flying low and lagging behind”. 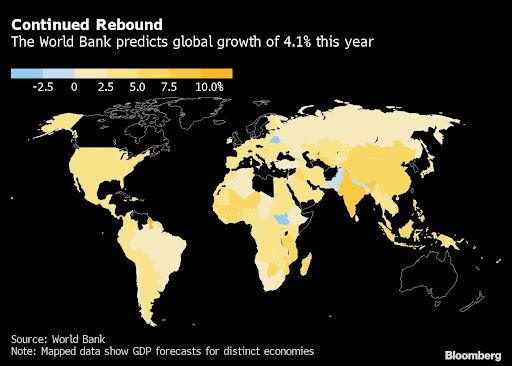 The global outlook is clouded by what World Bank president David Malpass termed “exceptional uncertainty.” Downside risks include renewed Covid-19 outbreaks, the possibility of de-anchored inflation expectations, and financial stress in a context of record-high debt levels, the bank said. In emerging markets with limited policy space to provide support, the risks heighten chances of a hard landing for their economies, it said.

Speaking with reporters, Malpass underlined the importance of debt relief for developing countries via the Common Framework established by the Group of 20 largest economies, including full participation by China.

Malpass said that he’s “cautiously optimistic” that the initiative is at a turning point that will see more useful restructurings. The framework has been plagued by delays and lack of interest from debtor countries since it began in November 2020.

The poorest countries — those eligible for assistance under the bank’s International Development Association — owe about $35bn in debt service this year to official bilateral and private creditors, with more than 40% owed to China, Malpass said. Making those payments would leave the countries with fewer resources to address challenges including the pandemic, foot shortages and malnutrition, Malpass said.

In advanced economies, high vaccination rates and sizeable fiscal support have helped cushion some of the adverse economic impacts of the pandemic. In contrast, the pace of recovery for emerging nations has been further damped by waning policy support and a tightening of financing conditions.

Though the growth forecasts for emerging and developing nations are only slightly weaker than previous projections, this masks notable divergences across regions, the bank said.

Downgrades in Europe and Central Asia and Latin America and the Caribbean,  due to faster removal of policy support, are accompanied by upgrades in the Middle East and North Africa and Sub-Saharan Africa amid higher-than-expected oil revenues.

In 2023, emerging and developing nations are expected to suffer “substantial scarring”, with aggregate output seen 4% below its pre-pandemic trend.

In fragile and conflict-affected emerging and developing countries, output next year is seen 7% below pre-virus trends “as they face heightened uncertainty, security challenges, weak investment prospects, and anaemic vaccination progress”, the bank said.

The event, which was due to take place in January, has been delayed until early summer due to the uncertainty over Omicron
World
6 months ago
Next Article