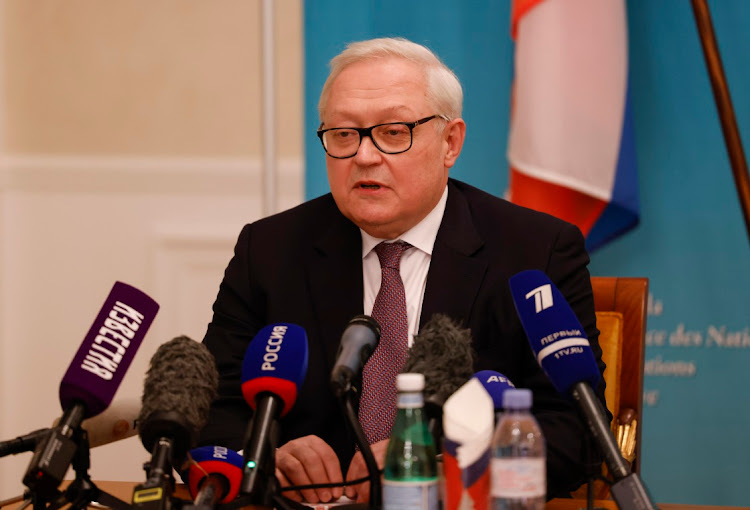 Top US and Russian diplomats have agreed to keep talking even as they acknowledged that a first round of security discussions did little to resolve their differences over Russia’s troop build-up near Ukraine or Moscow’s concern about the possibility that Nato may expand its presence further east.

Deputy foreign minister Sergei Ryabkov repeated Russia’s insistence it has no plans to invade Ukraine, even as it masses more than 100,000 troops on the border. He described the talks as “businesslike and professional”, while US deputy secretary of state Wendy Sherman called them “frank and forthright”.

“We are ready to continue discussions with Russia on bilateral issues as soon as practicable,” Sherman said afterwards, adding that Washington would assess the best way forward later this week. The US is now expected to brief European allies ahead of a meeting in Brussels on Wednesday of the Russia-Nato council.

The Russian delegation engaged substantively in the talks and there were no shouting matches, according to a diplomat briefed on the meeting. While a low bar, it could have been a lot worse, they said.

But while the talks appeared to leave room for further negotiation, the relatively upbeat tone of the two sides after eight hours of discussions in Geneva, which the US insisted would deal only with bilateral issues, not Ukraine, couldn’t disguise the significant differences.

Russia is insisting that Nato must never let Ukraine or other former Soviet states, such as Georgia, join the alliance, calling it an issue of national security. The US says that every nation has the right to decide its alliances and that Russian troops continue to threaten an invasion of Ukraine.

“We were firm in pushing back on security proposals that are simply non-starters for the US,” Sherman said. “We will not allow anyone to slam closed Nato’s open-door policy.”

Though the US says every nation has the right to decide its alliances, Russia believes it’s “wrong to make this freedom an absolute one. It is limited,” Ryabkov said.

Sherman suggested any major breakthrough would take at least several weeks if not longer, and she said the US was open to talking about the size and scope of future military exercises as well as ideas about the placement of intermediate-range missile systems in Europe.

While Russia isn’t setting deadlines, it needs quick progress in the talks, Ryabkov said. “Our businesslike and professional dialogue of course makes us more optimistic, but the key issues remain unresolved,” he told reporters.

Russia will continue military exercises on its territory, he said, indicating the Kremlin isn’t yet prepared to pull its troops back from the border. “The situation is so dangerous that we cannot afford any further delays in resolution of this fundamental question” of ensuring Ukraine never joins Nato, Ryabkov said, though he added “Russia has no plans, intentions or reasons to attack Ukraine”.

The Nato talks will be followed by discussions in Vienna under the framework of the 57-nation Organisation for Security and Co-operation in Europe a day later. Ryabkov said those talks will determine if negotiations can be sustained.

Russia’s troop build-up has prompted warnings in Washington and Kyiv of the risk of a further incursion after the 2014 annexation of Crimea. The Kremlin denies it’s planning to attack but says it’s responding to increased Nato activity on its borders and the threat of a Ukrainian offensive against Russian-backed separatists in the eastern Donbas region. Ukraine has rejected accusations it plans an attack.

The US and its European allies have threatened to impose punishing sanctions on President Vladimir Putin if Russia invades Ukraine. They are discussing a range of retaliatory measures, including cutting off Russia from Swift, the international payments system, as well as limiting Russian banks’ ability to convert currencies. They are also considering imposing export controls on advanced technologies used in aviation, semiconductors and other components, as well as computers and other consumer goods in more extreme scenarios.

But concern among some big European nations about the economic fallout raises the risk of a split with the US on how strongly to hit Russia with sanctions if it stages aggression against Ukraine, according to people familiar with the matter.