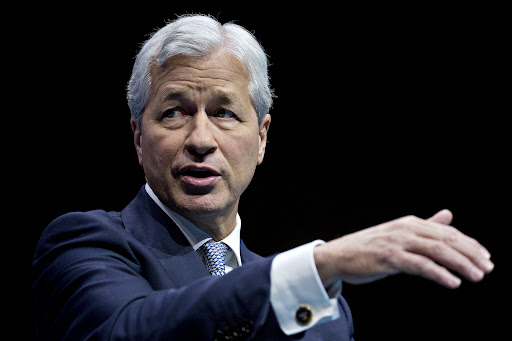 Jamie Dimon issued a warning to the vaccine holdouts among JPMorgan Chase’s staff in New York.

“To go to the office you have to be vaxxed and if you aren’t going to get vaxxed you won’t be able to work in that office,” Dimon said on Monday in an interview on CNBC. “And we’re not going to pay you not to work in the office.”

The warning comes after the lender implemented a vaccine mandate at nine Manhattan office buildings in December. Dimon said that 97% of the firm’s employees in New York were already vaccinated. Rival Citigroup is threatening unvaccinated employees with termination as soon as by the end of January.

Unlike Citigroup, Dimon’s bank has so far stopped short of requiring shots for all employees and is instead adjusting its vaccine strategies locally based on the varying circumstances across the regions in which the biggest US bank operates, he said.

“Unlike any other policy we’ve ever had, we’re not trying to be consistent,” Dimon said. “There are different laws and different requirements in cities and states and schools, and so here we’re adjusting locally.”

That could mean that “as buildings get to 95% and 97% vaxxed in certain states, that may end up with a different policy than a different state,” he said.

The longtime CEO also commented on the health of the consumer ahead of his firm’s fourth-quarter earnings report later this week, saying consumers have never been in better shape.

As far as inflation and the potential for Federal Reserve rate hikes, Dimon said the central bank would engineer a soft landing “if we’re lucky”. Still, it’s possible inflation is worse than the Fed thinks and will need to raise rates more than currently expected, he said.

As shipments of Covid-19 shots ramp up hurdles including supply-chain obstacles, misinformation and vaccine hesitancy are complicating rollouts in ...
News
6 months ago

Many countries are on high alert as the latest health crisis also takes a toll on financial markets, which fear the impact on the global economic ...
World
7 months ago
Next Article