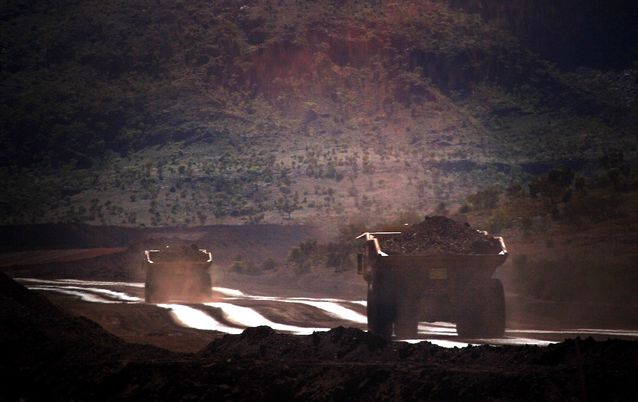 Vale, the world’s second-largest iron ore producer, has halted some mine production because of heavy rainfall in the southeastern Brazilian state of Minas Gerais.

The mining giant has partially suspended train services on the Estrada de Ferro Vitoria a Minas railway and production in its southeastern and southern systems “to guarantee the safety of its employees and communities”, it said in a statement.

The mines in the regions represented 40% of Vale’s output of the steelmaking ingredient in the nine months ended in September. In the statement Monday, the company reiterated its production guidance of 320-million to 335-million tonnes of iron ore in 2022.

The halt offers another boost to iron ore prices in the short term. Futures in Singapore advanced as much as 2.8% on Tuesday, bringing the rally to about 50% since November. Shipments from both Brazil and Australia have each declined almost 20% in the latest week, and coupled with mill restocking, that is supporting prices, said Huatai Futures analyst Wang Haitao.

The northern system, where Vale produces high-grade ore, continues to operate in line with the production plan, which the company says considers the impact of the rainy season on operations. Last week, Vale reported a landslide in copper project Salobo III, in Para State, also because of the rain.

CSN Mineracao SA said extraction and movement operations at the Casa de Pedra mine were temporarily suspended due to heavy rains in Brazil’s southeast region recently, according to a filing.

Minas Gerais is the same region where a dam broke in Brumadinho in 2019, leaving 270 dead and leading to the indictment of Vale for environmental crimes. The state was also affected by the dam collapse of Vale and BHP Group’s venture Samarco in 2015.

Vale plans to invest $4bn-$6bn to cut emissions by 2030, aiming to cut its direct and indirect carbon emissions by 33%
Companies
3 months ago
Next Article