A group of investors is seeking the arrest of the Africrypt platform owners, after a number of them were offered some of the lost investment by a Dubai-based mystery investor 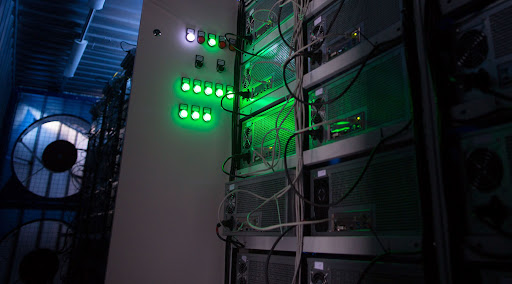 Police are investigating a number of criminal cases brought by out-of-pocket investors who want two brothers arrested over an allegedly fraudulent cryptocurrency platform.

A group of investors are seeking the arrest of Raees and Ameer Cajee, who ran the Africrypt platform, after a number of them were offered some of the lost investment by a Dubai-based mystery investor known as Pennython Project Management. They haven’t been found guilty of any wrongdoing and the probes may come to nothing.

Work is under way in four provinces and cities including Johannesburg and Durban, Hawks Lt-Col Philani Nkwalase said in a response to questions from Bloomberg.

“There are multiple victims in these cases,” said Nkwalase. “Investigations are ongoing.”

The brothers disappeared in April 2021 just after $3.6bn worth of bitcoin vanished from the Africrypt platform, although the lawyer who represented them at the time later disputed the amount. The Cajees had earlier told clients that the company was the victim of a hack, while urging them not to report the incident to authorities.

Financial statements of the victims relating to the different cases are being analysed, Nkwalase said. The alleged fraud doesn’t yet have an official value, he said.

The fallout has shone a light on the lack of scrutiny over SA’s burgeoning crypto industry, which has boomed in popularity since the surge in bitcoin just over a year ago. Another SA firm, Mirror Trading International, collapsed in 2020, with losses totalling about $1.2bn.

The Hawks said they were aware of the arrest of Mirror Trading CEO Johann Steynberg by Brazilian authorities over documentation issues, and they were separately looking into cases against the firm in SA. A lawyer representing Mirror Trading did not respond to a request for comment.

SA’s financial regulator is planning to unveil a framework covering cryptocurrencies early in 2022 to help protect vulnerable members of the society, it said in December.

Bitcoin has started the month in a nosedive, registering the largest decline for a start of a year since at least 2012.

BRUCE WHITFIELD: How to make R2.7m with just 40 hours of work

This is a story of how investing early, and allowing the power of compounding to do its work can lead to a superlative outcome
Opinion
5 months ago