How technology is helping to muscle out black home buyers 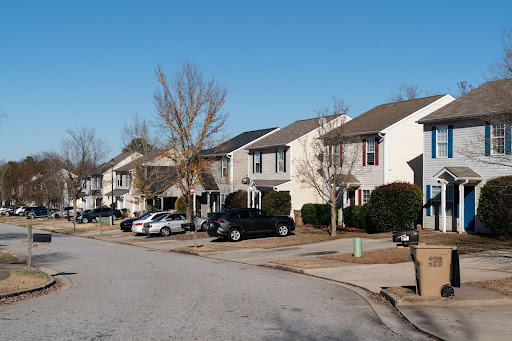 A business that’s touted as a convenience for home sellers has created a secret pipeline for big investors to buy properties, often in black communities. Picture: BLOOMBERG

Zillow Group spent 2021 aggressively expanding a home-flipping operation designed to make the $2-trillion US real estate market better for consumers, until a bad bet on home prices pushed the company to pull the plug.

As it shuts down the operation, Zillow’s efforts to sell off its inventory of thousands of homes has highlighted a little-noticed truth about the business, called iBuying. The tech industry’s attempts to simplify the process of selling a house depend on flipping properties to some of the biggest names in global finance.

A Bloomberg News analysis of more than 100,000 property records shows that Zillow and the two other biggest iBuyers, Opendoor Technologies and Offerpad Solutions, are selling thousands of homes to landlords backed by KKR & Company, Cerberus Capital Management, Blackstone and other large institutions. In many cases, those properties are never even listed, further squeezing average buyers out of competitive housing markets.

Two out of 10 homes flipped by the iBuyers in 2021 wound up with investors and other entities, and the rate is double that in some Sun Belt metro areas, where the companies are most active. What’s more, in some of those markets, the flips are happening at a higher rate in black communities.

The transactions raise questions about the role the iBuyers are playing in a housing market starved of affordable properties, both for rent and purchase. A diverse range of US political voices, from the Biden administration to the conservative television host Tucker Carlson, have blamed institutional landlords for crowding out regular families. Populist angst over the role investors play in housing has also expanded from Shenzen to Seoul and Stockholm to Berlin.

“It just doesn’t feel right,” said Mike DelPrete, a scholar-in-residence at the University of Colorado Boulder, who studies iBuyers. “These companies go around saying, ‘We’re going to help mom and pop and inject liquidity into the market.’ They don’t say, ‘We’re going to suck up houses from the ordinary market and sell them to Wall Street’.”

Home flipping is an old business, and investors who buy houses cheaply and fix them up can play an important role in the market by improving outdated properties. The iBuyers brought a tech-powered spin to the idea. Instead of hunting for deeply discounted homes, they use algorithms to buy near the market price, trying to capture a small profit on a large number of transactions.

The business model has resonated with customers during the pandemic, allowing property owners to sell without hosting an open house or waiting for the buyer’s mortgage to get approved. The three largest iBuyers acquired more than 27,000 homes in the third quarter of 2021, nearly twice as many as they bought in the previous three-month period. At the end of September, the companies owned more than $10bn worth of real estate.

Acquiring homes is only one part of the iBuyers’ business; they also need to offload what they purchase. Big landlords transact quickly and buy repeatedly, helping the tech companies save money and gain scale. They’re also flush with cash, having raised more than $30bn to acquire and develop rental houses since the beginning of the pandemic. And they tend to focus on the same moderately priced, Sun Belt suburbs where iBuyers are most active.

As Zillow neared its November 2 decision to get out of the business in the face of mounting losses, it marketed thousands of homes to institutional landlords, starting a process that has helped the company wind down the business.

Zillow spokesperson Viet Shelton said the company's remaining inventory represents a tiny fraction of US homes sold annually, and that the company intends to sell houses to a variety of buyers, including families, small investors, institutional landlords and nonprofits. “Leveraging these varied sales channels is common among all iBuyer companies in the space, with the noted exception that Zillow is selling these homes as we exit iBuying, while other iBuyers will continue these sales practices in perpetuity,” he said.

A representative for Offerpad said most homes it sells are bought by individuals, and that the geography of investor purchases reflects how property funds approach the market. “We have a diverse mix of customers that benefit from the ease and simplicity of our services,” the representative said. “Where investors choose to do business is a function of their strategy.”

While selling to property funds has clear benefits for iBuyers and their customers, it’s yet another way some parts of the country are being deprived of affordably priced houses.

Investors accounted for more than 18% of all US home sales in the third quarter, according to research from Redfin, the highest share since at least 2000. Atlanta was one of the most popular markets, with investors buying 32% of homes sold during that period.

Bloomberg analysed flips in census tracts where the median home value was between the 40th and 60th percentile — neighbourhoods where properties should be affordable for regular families. In these parts of greater Atlanta, iBuyers were 60% more likely to flip homes to investors and other entities in predominantly non-white areas, compared with those where white people are in the majority. In metro Phoenix, where iBuyers flipped more than 4,500 homes in 2021, the rate was 41% higher. In greater Charlotte, the iBuyers were three times as likely to do the flips in non-white areas.

McDonough, Georgia, is a hotspot within a hotspot. About 50km southeast of downtown Atlanta, it’s a city of about 29,000 where two-thirds of residents are black. The population has surged over the last two decades, amid a suburban building boom. Much of the town sits in one of the ZIP codes where iBuyers are most active nationally, selling more than 100 homes in 2021, according to Bloomberg’s analysis of the property records, which were compiled by Attom Data Solutions. About 70% of those houses went to investors, many without being listed.

Back in 2001, Nicole Prince was able to buy a modest, three-bedroom home there while earning $12 an hour. She lived in the house for a few years, moved to something bigger nearby and kept it as a rental. In 2021, Prince, who is black, decided to sell and turned to the iBuyers. Offerpad agreed to pay $191,000 — far more than she thought she’d get: “I was like, ‘What?’ You couldn’t say no.”

The sale closed in mid-September. About three weeks later, the house was scooped up by Tricon Residential, a landlord that buys and manages single-family rental homes, for $5,000 more than what Offerpad paid, according to data from Attom. It still nags her that it didn’t go to a young person or family of colour — somebody that was starting out like she was two decades ago.

“I feel like I didn’t pay it forward,” she said.

While there’s growing concern about investors turning more and more homes into rentals, complaints about the rise of Wall Street landlords often skip over the complexity around the issue. For one thing, the vast majority of the country's rental houses are owned by small investors. For another, the US is also facing a shortage of rental housing that has driven up prices and stressed family finances.

When a landlord buys a home from an iBuyer, they’re often adding a unit of rental housing to a market that desperately needs it, said David Howard, the executive director of the National Rental Home Council, a trade group. At the same time, the institutional players are offering homes in desirable neighbourhoods to households without the cash for a down payment, he said.

“Race and ethnicity never factor into decisions about where or when to buy or sell a home,” Howard said. “The overriding motivation is having a presence in those neighbourhoods and communities where the demand for quality and affordably priced rental housing is strongest.”

KKR declined to comment. A representative for FirstKey Homes, a Cerberus portfolio company, said it has bought just 1% of its properties through iBuyers. Kathleen McCarthy, global co-head of Blackstone Real Estate, said “not one of our portfolio companies have purchased a single off-market home from an iBuyer”. Blackstone has a small stake in Tricon.

The confluence of iBuyers and Wall Street-backed landlords is on display in the Creekwood Station neighbourhood of McDonough, where Prince sold her home to Offerpad. Aimee Turner moved to the subdivision two decades ago, when the homes were new and most residents owned their properties. These days, she said, about three-quarters of the houses are rentals.

“I probably couldn’t even tell you five homeowners on this street,” she said on a recent afternoon while out walking her dog.

An entity affiliated with Tricon bought the home next door to Turner in February, paying Offerpad $140,000, according to Attom data. Tricon also paid $140,000 to buy a house two streets over from Opendoor. And Zillow flipped another home in the neighbourhood in July to Progress Residential, a company run by New York-based investment firm Pretium Partners.

A representative for Tricon said most of the properties the company acquires from iBuyers are listed on the open market. Kevin Baldridge, the company’s COO, said single-family rentals let families live “in neighbourhoods they may not otherwise be able to afford to buy in”. The company receives “up to 10,000 leasing inquiries each week across the country for an average of just 200 to 300 available homes”, he said.

The increasing number of rentals in the neighbourhood was a good thing for Tyrone and Sherece Sapp, who were scrambling to find a place to live with their two children after Tyrone accepted a job transfer to Atlanta from New York.

After several other rental options didn’t pan out, Tricon accepted their application to lease the house next door to Turner’s. The $1,500-a-month rent was higher than what some smaller landlords, like Prince, were charging. But for a couple that had been living with two children in a two-bedroom apartment in New York, the cost for a whole house didn’t seem that bad.

The challenge comes when renters look to buy a house so they can start building wealth.

Institutional landlords already have all kinds of advantages over average buyers, said Desiree Fields, an assistant professor of geography and global metropolitan studies at the University of California, Berkeley, who studies single-family rental companies. By giving them access to off-market listings, the iBuyers are only strengthening their hand, she said.

“It's troubling,” Fields said. “It’s just going to make it that much harder for people who might otherwise be in a position to acquire a starter home.

Quality industrial assets, low to mid-market residential as well as small convenient retail centres appear to be the best bets for 2022.
Companies
4 weeks ago

South Africans bought more luxury homes than foreigners did in 2021

Buyers of more than R20m lavish mansions were relocating, buying second homes or expatriates
Companies
1 month ago
Next Article