As shipments of Covid-19 shots ramp up hurdles including supply-chain obstacles, misinformation and vaccine hesitancy are complicating roll-out in Africa 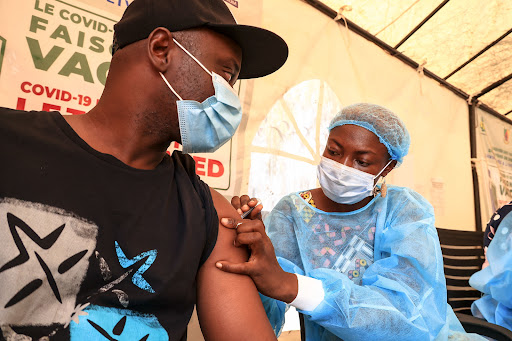 As shipments of Covid-19 shots ramp up for billions of people left behind in 2021, and new vaccines make their way to the public, dozens of countries are struggling to turn supplies into inoculations.

A dearth of immunisation sites in Cameroon, weak communication and Covid-19 denial in the Democratic Republic of Congo (DRC) and a syringe shortfall in Kenya are among the hurdles complicating rollouts. In Zimbabwe, which initially raced ahead of many peers, complacency and a perception of omicron as less serious slowed the campaign; long vaccine queues have turned into a trickle.

“Vaccines, we have plenty,” said Agnes Mahomva, co-ordinator of Zimbabwe’s national Covid-19 task force. “It’s now about how people view the vaccines and getting them to take the shots.”

Starved for vaccines for most of 2021, Covax, the World Health Organization (WHO)-backed global access programme, is now nearing 1-billion doses in shipments. As the focus shifts to increasing immunisation in poorer countries in Africa and other regions, officials worry that Omicron’s rapid spread could spur the emergence of more shot-evading variants.

As many as two dozen nations are struggling to use their doses due to supply-chain obstacles, hesitancy and other factors, according to Seth Berkley, head of the vaccine alliance, Gavi, a key Covax partner.

“We don’t have every dose we need, but we now have a real flow of doses, and what we’re beginning to see are demand constraints,” he said in an interview. “We are working to try to solve those problems.”

One concern: delivering doses in a more reliable and predictable way. Donated vaccines are arriving with little notice and short shelf lives, making it even harder for stretched health systems. Nigerian health officials, for instance, said they’ve managed to use most doses they’ve received, but some had expired before they could be given.

“They need to be able to see six months down the road when vaccines are going to be arriving to be able to plan much more intelligently,” said Orin Levine, director of the Bill & Melinda Gates Foundation’s global delivery programmes. “Particularly when you’re getting into big volumes.”

Access to doses remains a pressing concern after wealthy countries rushed ahead to buy most of the supplies in 2021, and the omicron variant could widen the gap as those governments expand booster programmes. Covax has been hurt by export bans and production delays, and some vaccine producers haven’t honoured their contracts, according to the WHO.

The US government needs to do more to widen global access to effective mRNA vaccines, according to James Krellenstein, co-founder of the advocacy group PrEP4All in New York. A report he helped write estimates that 22-billion additional mRNA doses will be needed to slow the evolution of the virus and bring the pandemic under control.

“Until they recognise that global vaccination is imperative to ensuring domestic national security, we will not get out of this pandemic,” he said.

Distribution is another worry. The Africa Centres for Disease Control and Prevention is sending international health officials to Morocco and Rwanda to learn from successful rollouts there, according to director John Nkengasong. The agency has also assembled a group of former health ministers to advise countries on their campaigns.

“In 2022, all our efforts are geared towards the vaccine delivery component,” he said. “We will see an increased influx of vaccines on the continent, and then the burden will be on everyone to work collectively to increase distribution.”

Achieving that goal won’t be easy. Countries need to overcome misinformation spread on social media that’s deterring people from rolling up their sleeves, inadequate funding and obstacles in sending vaccines to remote areas. Four countries in Africa — including the DRC and Cameroon — had consistently used less than half of the doses they’ve received, the WHO wrote in response to questions in November.

Poor communication about vaccines and where to get them is also thwarting the bid to protect greater numbers of people. About 12-million doses have been administered in Uganda, even though the government has obtained nearly three times as many. Just 3.5% of the population are fully vaccinated.

Sarah Biriyeri, an elderly woman from Kasokwe village east of the capital Kampala, lives just 3.2km from a government health centre, but said she doesn’t know when it carries out vaccinations. “I would love to have embraced it because of my age,” she said.

At the peak of Zimbabwe’s vaccination programme, meanwhile, more than 40,000 vaccines were being administered daily. That fell below 17,000 shots on January 5, health ministry data show.

At a private clinic in Avondale, in the capital Harare, one nurse counted the number of doses stored in a blue cooler box, looked at her watch and told her colleagues that by the end of the day they’d have unused vaccines — again.

“It’s like this daily, just a few walk-ins,” said another nurse, who asked not to be named because she is not authorised to speak to the media. “People act like Covid-19 has gone.”

Recognising the challenge, the WHO has drawn up a list of 20 countries on the continent that are at high risk of missing the target of vaccinating 70% of their populations later in 2022, a tall order given just 9.5% of Africa’s population of about 1.3-billion have been inoculated so far.

Experts are set to be deployed to countries including Nigeria and the DRC, which have a combined population of about 300-million, said Alain Poy, head of the WHO’s vaccine preventable disease programme in Africa. The DRC has fully vaccinated just 0.1% of its people, and Nigeria, Africa’s most populous nation, just 2.2%.

While the incidence of Covid-19 cases and deaths has been higher in wealthier countries, fragile health systems and poor data collection in Africa suggest that the toll has likely been more severe than reported figures. Excess deaths in SA, seen as a more accurate way of assessing Covid-19’s impact, are more than triple the official tally, and studies show that just one in 80 Covid-19 cases have been picked up in Uganda.

Countries will need to make it easier for people to get shots, especially for those who worry about losing time and wages, according to Solomon Zewdu, the Gates Foundation’s deputy director in Africa. The foundation agreed in November to provide about $4m to help a Kenyan manufacturer more than triple production of syringes.

“In the urgency of trying to get vaccines, the way it was looked at was that it was just a handover: We get as many supplies as we can, we get them to the countries, and then the countries will go ahead and vaccinate,” Zewdu said. “But that’s not the case. There’s still a tremendous amount of resources that need to be implemented to remove all these barriers.”

Networks across Spain, Britain, Italy and beyond have found themselves in increasingly desperate circumstances
World
1 week ago

T-cells from common cold can help protect against Covid-19

The authors of a new study say that the internal proteins of the SARS-CoV-2 virus that are targeted by T-cells could offer an alternative target for ...
World
1 week ago