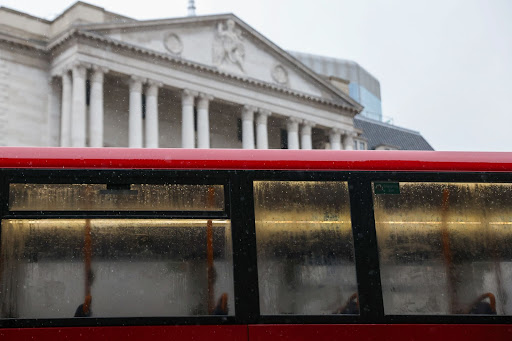 One of the world’s most ambitious attempts by a central bank to go green isn’t exactly working as planned.

UK chancellor of the exchequer Rishi Sunak said last March he wanted to embed the country’s climate laws into policymaking at the Bank of England (BOE). He gave a mandate for officials to consider net-zero goals in future policy. In response, the BOE became the first central bank to announce green criteria for asset purchases under its quantitative easing programme to stimulate the economy.

Nine months on, the details are starting to emerge. Research published on Friday by the New Economics Foundation indicates the programme is likely to have a muted impact on emissions and could even end up giving a boost to some of the most carbon-intensive companies, while cutting support for environmental industries.

Here’s how quantitative easing works: when the government wants to inject money into the economy, the BOE buys bonds in financial markets to help lower borrowing costs. The central bank last month finished a programme of purchases that brought the value of its quantitative easing to £895bn, which included about £20bn of corporate bonds.

To ensure these measures don’t skew the market, the bank operates on a principle of market neutrality. This means its corporate bond purchases replicate the market’s current breakdown.

That’s fine if you want to maintain stability of the existing system. But the current market is made up of a lot of polluting companies. As a result, the BOE estimates that its corporate asset holdings are aligned with a temperature increase of 3.5°C above pre-industrial levels by 2100.

That far exceeds the Paris Agreement to keep global warming well below 2°C and is at odds with the UK’s goal of reaching net zero emissions by 2050.

BOE governor Andrew Bailey agrees this is a problem and last year said officials would aim to tilt their purchases towards greener companies. Late in 2021, the bank released details of how it would fulfil its new mandate, applying to new purchases from November 2021. Those plans have been analysed by a group of academics led by the New Economics Foundation, who say it falls far short of what’s needed.

The problem is that the BOE is still buying bonds from exactly the same industries as before, though it has given a green “tilt” to its quantitative easing by favouring those companies in each industry that have better climate policies.

The researchers found that in some instances, paradoxically, carbon-intensive companies could end up getting better treatment than environmentally friendly ones because companies are being compared with their peers in the same industry. The BOE would thus reduce holdings of some fossil fuel bonds while increasing purchases of bonds issued by other fossil fuel companies that perform better in the same sector. Similarly, some environmentally friendly companies would see a decline in the BOE holdings because they don’t perform sufficiently well.

The academics’ models found that the BOE would buy more bonds from oil giant BP, for example, because it’s seen as a “strong climate performer” within its industry. But it would cut holdings of Suez, an environmental services company that’s rated lower within its sector.

Under current plans, the carbon intensity of the BOE’s portfolio would fall by just 7% this year, the research shows. That’s a far cry from the 25% target the BOE set itself for 2025.

“The climate emergency cannot be addressed through economic policies that simply tinker around the edges,” the authors wrote. Further reductions could occur over the next three years, but only if eligible companies cut emissions accordingly, which is very uncertain, they say.

A spokesperson for the BOE declined to comment on the findings. The bank has previously said the programme isn’t just designed to cut its own emissions but has a wider goal of sparking change by companies. Bailey has argued that “incentivising change is more powerful than immediate divestment” to encourage changes needed to reach net zero by 2050.

So what’s the solution? The authors say the BOE needs to be much bolder in its green “tilting”, perhaps excluding more carbon-intensive companies entirely from quantitative easing. This could cut the proportion of carbon-intensive bonds from 54% to 48%, and in the most ambitious scenario to 36%. That would allow the BOE to achieve its 2025 target three years early.

In the meantime, the central bank is shifting away from using quantitative easing as a policy tool and towards tightening monetary policy. It has no plans to add to the £150bn of purchases it made last year. In December, it raised its benchmark lending rate to 0.25%, the first increase since the start of the Covid pandemic, and indicated it may allow its asset portfolio to decline this year.