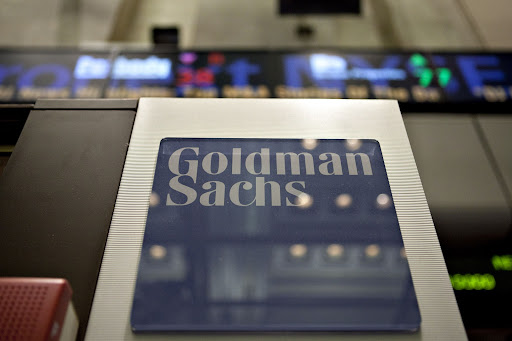 Goldman Sachs Group plans to keep expanding in Latin America after a record year in the region, hiring in areas including equity research, sales, trading and derivatives.

“We are in growth mode in the region,” Aasem Khalil, co-head of Latin America for the New York-based firm, said. “We want to continue to invest in equity capital markets in particular.”

The firm’s revenue in Latin America was boosted by a record year in asset management, global markets and investment banking, Khalil said. Goldman also sold stakes on public markets in firms including Oncoclinicas do Brasil Servicos Medicos. It started operating its stock broker-dealer in Mexico in June, and hired 40 engineers in Brazil to support the Americas emerging-markets and equity-derivatives businesses.

During the past five years, revenue in the region is up almost 60% compared with the previous five years.

“We are actively building a bigger engineering hub in Brazil, not only to service our local clients, but also global-markets clients outside the region,” said Ricardo Mora, who co-heads Latin America along with Khalil.

Goldman underwrote some of Latin America’s biggest recent equity offerings in the US, including fintech Nu Holdings’s $2.53bn initial public offering. But the bank has not been as active in co-ordinating Brazil listings, where local firms such as Itau Unibanco Holding and Banco BTG Pactual rose in the deal rankings. Goldman’s strategy to gain market there is to hire more coverage bankers and executives for equity capital markets, Khalil said.

“We think it’s a big area of opportunity for us,” he said. “In Latin America, we have the same obsession about league-table rankings, though our aspirations are slightly different: we are really looking to be the best international bank in the region, and not trying to compete with some of the biggest local banks on the ground.”

Latin American firms issued $33.5bn of stock in 2021, including initial public offerings and secondary share sales, an increase of 2.6% over 2020. Of the 95 deals, 84 were from Brazilian companies. Goldman Sachs ranked sixth, up from 11th in 2020.

Fees surged 49% from investment-banking work such as merger-and-acquisition advising and equity and debt capital-markets underwriting, to $2.1bn, according to the London-based research firm Dealogic.

While local Latin American banks have huge balance sheets, Goldman Sachs will continue to  be “very strategic about how we lend money”, Khalil said.

Mora said the bank “used our global client footprint to finance the acquisition of commodity assets across the region with Goldman Sachs’s committed capital,” without providing more details. He also cited examples such as financing to one of the bank’s “larger global clients” to acquire Vale shares as the Brazilian Development Bank (BNDES) divested its holdings.

Goldman Sachs increased a credit line to $160m to Mexican financial-technology firm Konfio to support the start-up in its bid to disrupt traditional lending practices in Latin America’s second-largest economy. It also lent 400-million real to MercadoLibre to finance small and midsize companies in Brazil, participated in a $125m financing for the Colombian fintech Addi. At least four other companies have received more than $500m in credit or equity deals with Goldman’s participation.

With 500 employees based in Latin America in Sao Paulo, Santiago, Lima, Buenos Aires and Mexico City, Goldman Sachs was the fifth-biggest underwriter of global bonds from Latin American issuers in 2021. Even without a local presence, the bank offers private-banking and wealth-management services to Latin American clients from south Florida and Geneva, Mora said.

Amid a global push to develop its transaction-banking business, which provides services such as liquidity management, virtual accounts and payments for companies, Goldman is offering the service to Latin American clients. The bank also continues to focus on “electronification of Latin America in market-making activities” to increase services and reduce transaction costs for quantitative funds and local investors.

Prospects of slower economic growth in the region this year, as well as more volatile markets in Brazil due to the October presidential election, will not be a constraint, Khalil said.

Companies are exploring strategic options regarding their business units on the continent, excluding SA
Companies
1 month ago

A French appeal court imposed €1.8bn in penalties after it upheld a 2019 decision in which UBS was convicted of illegally laundering funds
News
1 month ago