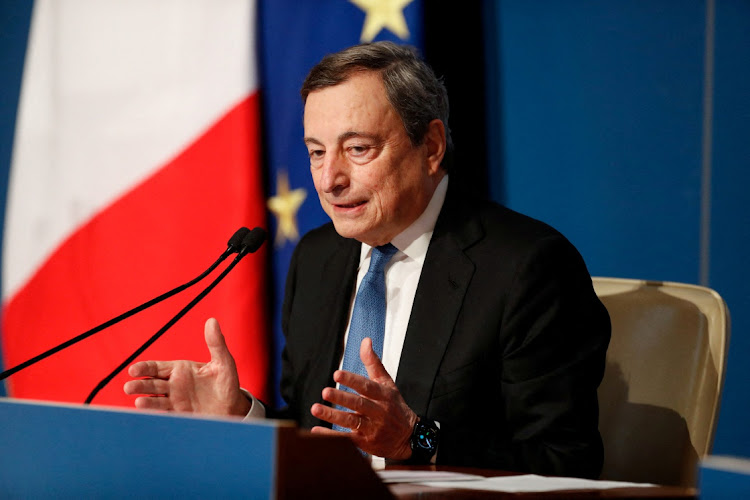 Mario Draghi’s to become Italy’s president risks reminding investors how the country is never far away from political instability.

The former European Central Bank (ECB) chief’s potential switch would leave a successor as prime minister to continue the delicate balancing act he has performed since taking up that job in a unity government 11 months ago.

The challenge includes pulling Italy’s querulous parties together, staving off market speculation on a debt pile equivalent to 154% of output, and ploughing on with a daunting reform programme required to keep EU Recovery Fund cash flowing.

At stake is also Draghi’s legacy as prime minister, including one of Europe’s highest vaccination rates and an enhanced international profile founded on a newly forged alliance with France.

While a move to Rome’s Quirinal palace could install him as an anchor of credibility for years to come, it would bring the risks that flow from a change in leadership.

“There is a perception that Draghi is a keystone of government stability and the wise disbursement of EU Recovery Fund money,” said Guidogiorgio Bodrato, an economist at Berenberg Bank in London. “If Draghi moves to a more ceremonial role, would his successor have the clout to keep Italy’s motley crew of political parties together?”

David Powell, the senior eurozone economist at Bloomberg Economics, says: “His departure from the prime minister’s office could create more pressure than Italy’s or the wider euro area’s recovery can handle. In a downside risk scenario, the move could trigger a prolonged period of political uncertainty and further unnerve investors.”

The presidential vote in parliament starts on January 24 using a complex series of secret ballots that has echoes of a papal conclave. While there are no official candidates, Draghi has indicated that he may accept if elected. He is considered the most likely victor, though the vagaries of the system make any outcome hard to predict.

Such uncertainty coincides with a sensitive time in financial markets, with the ECB poised to wind down the pandemic bond-buying programme it instituted in March 2020 to keep bond yields in check. That has already helped push up the spread between Italy’s 10-year bond yield and Germany’s by 30 basis points since mid-October.

Underpinning those lower borrowing costs is market confidence in Draghi’s leadership, which ensured all reforms needed to unlock the first tranche of over €200bn in EU Recovery Fund cash were met last year.

More growth-friendly measures and changes to the pension system are planned in a country that has yet to recover from the pandemic. Italy has long suffered from chronically high unemployment, a rigid jobs market and red tape ensnaring businesses, and it needs to modernise.

The combination of an ambitious agenda, an energy cost crunch and a precarious market situation means the makeup of the government is critical. The premier has always said that the only way for Italy to finally deplete its huge debts is to permanently boost growth, for which it needs to spend EU cash wisely.

Italy is already considering adding as much as €20bn to its 2022 deficit to finance fresh stimulus, La Stampa newspaper reported on Friday. The stimulus, among other measures, would cushion the blow to consumers from higher energy bills and refund businesses hit by the latest surge in Covid infections.

Italian business leaders have indicated they would rather he stays as prime minister. Carlo Messina, CEO of lender Intesa Sanpaolo, even said in November that his departure “could greatly weaken our country”. 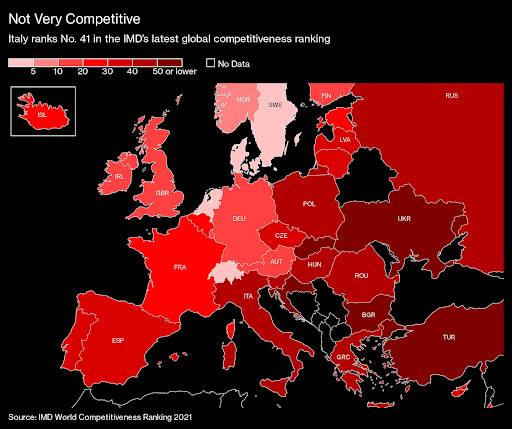 If Draghi does shift to the presidency, he risks leaving a vacuum where instability could fester. Polls show no political party will command a majority in the case of early elections, though some, including Matteo Salvini’s anti-immigrant League, are eager for his candidacy to succeed in the hope that they might win power.

That group’s last stint in a government in the 15 months until September 2019 was punctuated by tensions with the EU and constant political bickering at home, a record that raises the prospect of more trouble in future.

Draghi could help avert the worst of such outcomes even if he becomes president, a position that would entrench him as a political arbiter for a seven-year term. His stature as the former ECB chief credited with saving the euro could give him the legitimacy to take a more activist approach in a role classically seen as that of a figurehead.

The head of state can dissolve parliament, call early elections and pick prime ministers, and is allowed to reject laws and decrees on constitutional grounds. Draghi could try to wield those powers perhaps even to avoid early elections by nominating a technical premier until the end of the legislature in 2023.

But that timetable itself showcases the risks either way. Even if he doesn’t become president, Draghi staying on as premier might buy only a limited respite for Italy.

“It would be a pity if political uncertainty derails the growth momentum,” said Rohan Khanna, rates strategist at UBS Group.