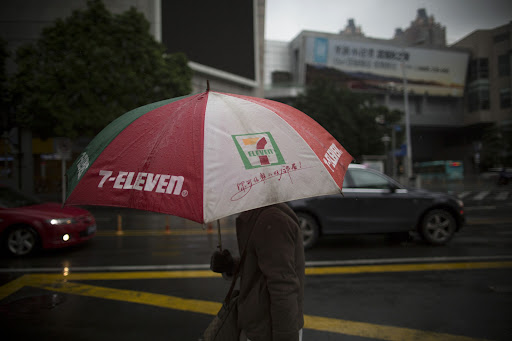 Seven & i Holdings joins other companies that have been lashed by China for depicting Taiwan as an independent state. Picture: BLOOMBERG

Seven & i Holdings’s China-based convenience store business was fined for identifying Taiwan as an independent state on its website, the latest crackdown by the country against companies over its stance on disputed territories.

Fines of about 150,000 yuan were imposed by the Beijing local authority against Seven & i, a spokesperson for the Japanese retailer said, confirming an earlier Nikkei newspaper report. The group operates 7-Eleven stores in China.

Enterprises operating in China — from Gap and Daimler, to airlines including United Continental Holdings and ANA Holdings — have apologised or changed their websites after depicting Taiwan as a separate state. China regards the island as part of its territory. The companies usually comply, accepting it as part of the cost of doing business in China.

Seven & i “is taking the issue seriously and making sure to prevent a recurrence”, the company’s spokesperson said.

In December, Beijing’s municipal authorities issued the fine and warning, according to a government-linked credit information website. Seven & i also failed to put Chinese names for some South China Sea islands as well as for the disputed Diaoyu islands, known as Senkaku in Japan. The map contained errors in labelling some borders along the Xinjiang Uyghur Autonomous Region and Tibet Autonomous Region, the report on the website said.

Taiwan President Tsai Ing-wen’s government asserts the island is a de facto sovereign nation awaiting wider international recognition and isn’t part of Chinese territory, as Beijing claims. Still, her administration has avoided a formal declaration of independence that could trigger a war.

While Hong Kong and Macau are special administrative regions that enjoy greater autonomy, Beijing also often objects to references indicating that they are independent. China has been stepping up military and political pressure against Taiwan, with increased military patrols around the island, with more expected in 2022.

Despite political tensions, banks and money managers desperately want to compete on the mainland
Businessweek
2 weeks ago