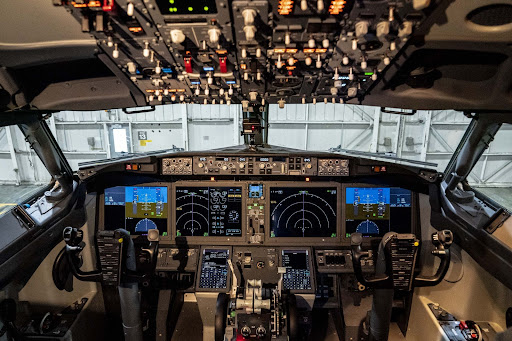 Frequencies that have been allocated to 5G are near airwaves used by aircraft radar altimeters. Picture: BLOOMBERG

A long-simmering dispute over a promising new wireless technology burst into the public eye in the past week and threatened to further disrupt a travel season already hobbled by the new Omicron variant.

The fight over whether a new service for mobile phones would interfere with the electronics airline pilots need to land their planes pitted some of the nation’s most powerful corporations and industries against each other and reached the Oval Office before a truce was called earlier this week.

While the public feud seemed to erupt out of nowhere, the battle had been quietly brewing for years in a tangle of contradictory filings and mutual mistrust. The federal agencies that are supposed to mediate such disputes let it fester.

After days of brinkmanship featuring a New Year’s Eve plea from US transport secretary Pete Buttigieg, the conflict paused on Monday as AT&T and Verizon Communications agreed to a two-week delay in activating their new 5G service on frequencies the US government sold for $81bn. President Joe Biden hailed the cooling-off pact as a “significant step in the right direction”.

Details still need to be worked out, such as power levels for 5G transmitters and buffers around certain airports. But the telecommunications giants, which have already fallen behind T-Mobile US in the race to offer the revolutionary next generation service, made clear there would be no more voluntary delays.

The aviation industry, which is reeling from an extended pandemic downturn, will have to quickly adopt whatever mitigations will be needed, which may still create flight disruptions. A threatened lawsuit by airlines is on hold, as are a bundle of emergency advisories to pilots about potential interference.

“It’s become a total standoff,” said aviation consultant Robert Mann. “You have this very highly regulated safety culture in aviation and this ‘anything goes’ culture in telecom.”

On the surface the fight was over a narrow technical issue: the effect of 5G signals set to operate over airwaves previously used for less powerful transmissions. Those frequencies, known as the C-band, are near airwaves used by aircraft radar altimeters, which are sensitive devices that feed multiple critical safety systems and track altitude, allowing landings in foul weather.

Wireless providers insist that their use of the airwaves will be safe, given authorised power levels and a gap between their signals and the frequencies used for altimeters.

“Our two companies are deeply committed to public safety and national security, and, fortunately, the question of whether 5G operations can safely coexist with aviation has long been settled,” the CEOs of AT&T and Verizon said in a January 2 letter to US transport officials.

Yet several groups representing regulators, airlines, pilots and airports issued dire warnings in the days before the January 5 scheduled rollout of the service disputing those assurances. Flights might have to be rerouted, they said, creating havoc for passengers.

The impetus to move 5G signals into the C-band lay with the US Federal Communications Commission (FCC). With the enthusiastic backing of the wireless industry, the agency in recent years has pushed to reorder airwaves to accommodate booming mobile data traffic. The C-band offered a virtual highway for the signals that would help the US in the so-called “race to 5G” against China touted by then president Donald Trump in April 2019.

The aviation industry had made its misgivings known. In a May 2018 filing with the FCC, the Air Line Pilots Association warned that altimeters are critical to avoiding catastrophes, noting a deadly 2009 crash of a Turkish Airlines jet blamed on a faulty altimeter. The pilots urged the FCC to involve the US Federal Aviation Administration (FAA) in its deliberations.

The FAA was working behind the scenes, funding research and participating in international groups working on the issue. But it didn’t file any formal comments with the FCC as the communications agency worked towards its February 2020 decision to let 5G into the C-band.

Other aviation interests, however, had plenty to say. Twenty-two organisations, including Delta Air Lines, United Airlines, altimeter maker Garmin International and plane manufacturer Boeing, filed a letter with the FCC in October 2019, saying that tests of altimeters “demonstrated a need for caution” and for more data.

The FCC dealt with the issue in paragraphs 390 to 395 of its 413-paragraph order reassigning the airwaves in February 2020. The agency said aviation hadn’t shown harmful interference is likely to result from the change. It said further study is “warranted” and encouraged industries to co-operate.

A technical study group was formed by the industries to look into the issue. But by November 2020 it ceased operating after its members failed to reach consensus and decided more talks wouldn’t serve a useful purpose.

The FAA weighed in the next month with a letter asking for help in slowing the FCC from the National Telecommunications and Information Administration (NTIA), which referees airwaves disputes between federal agencies.

The letter came one week before the FCC began its auction of C-band airwaves that eventually produced $81bn in bids.

Adam Candeub, the top NTIA official, declined to send the letter on to the FCC. “What they came forth with was not enough for us to do something,” Candeub, now a law professor at Michigan State University, said in an interview. “They came in at the last minute with a report that left serious questions, and when we asked they told us to pound sand.”

Jeffrey Shane, a former undersecretary of transport under president George W Bush, said he couldn’t say whether the NTIA or FAA were correct in their technical assessment of 5G, but the NTIA had an obligation to at least inform the FCC and wireless companies of the concerns.

“That to me is a broken system,” he said. “The fact is the agency charged with keeping us safe while we’re all flying was essentially muzzled by a subdivision of the department of commerce.”

Larry Kudlow, who was director of the National Economic Council at the time, said the Trump administration was sceptical of the concerns raised by the aviation industry. On December 23, he said on his Fox Business programme: “We actually fought the FAA and we won.”

For its part, the FAA says it did everything it could to avoid the last-minute crisis. “The record is clear. The aviation community raised objections and concerns to 5G deployment at high-powered levels,” the FAA said in a statement.

With the January 3 agreement, officials are eager — for now — to tell a story of co-operation.

The accord “provides the framework and the certainty needed to achieve our shared goal of deploying 5G swiftly while ensuring air safety”, FCC chair Jessica Rosenworcel said in a statement.

Airlines have said the new variation of 5G mobile service might interfere with aircraft electronics, posing a safety hazard.
News
2 weeks ago

Airline officials say the new wireless signals threaten to interfere with equipment on planes, a concern the wireless industry maintains is unfounded
News
1 month ago