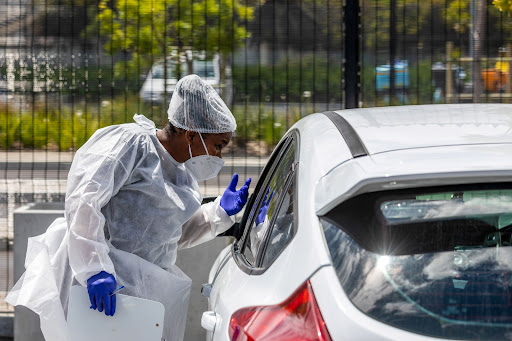 SA excess deaths have been much lower during the omicron-driven wave of infections than those seen in outbreaks caused by earlier variants. Picture: BLOOMBERG

Excess deaths in SA from the omicron-driven wave of infections have peaked at a fraction of the numbers seen in outbreaks caused by earlier variants.

The measure, regarded as a more accurate indication of the effect of Covid-19 than official mortality statistics tied to the disease, is an indication of how the latest stage of the pandemic may play out globally.

SA was the first country to be hit by omicron, with its scientists announcing the discovery of the variant on November 25. It has since spread across the globe. While SA’s situation may not be exactly replicated elsewhere due to demographic and health differences, data from the country is still being closely watched.

So far, it’s seen lower hospitalisation numbers than in previous waves, and doctors have reported patients with milder symptoms. The wave of infections has also risen faster and then declined more rapidly than earlier outbreaks.

“The omicron wave is at its tail end and excess mortality is already on a downward trend and was a blip compared with that experienced in past waves,” Shabir Madhi, a vaccinologist who led vaccine trials in SA for AstraZeneca and Novavax, said on Twitter. “This is good news and is a turning point in the pandemic.”

Official mortality data on Covid-19 doesn’t capture all deaths from the disease, especially in poorer countries like SA where people may die in their homes or remote areas without being tested for infection.

The number of excess deaths, a measure of mortality against a historical average, in the week to December 26 fell to 3,016 from 3,087 a week earlier, the SA Medical Research Council said on Wednesday. Official deaths due to Covid-19 declined to 425 from 428.

The excess death decline was the first in three weeks.

The latest figures compare with a peak of 16,115 in early 2021, when the beta strain was ripping through the country and SA had yet to start its vaccination drive. In July, weekly excess deaths peaked at just over 10,000 during the delta wave, while the initial outbreak peaked at 6,674 in July 2020.

“The number of estimated excess deaths has begun to decrease, consistent with the trend in the number of confirmed Covid-19 deaths,” the Medical Research Council said. “This observation is strongly supportive that a significant proportion of the current excess mortality being observed in South Africa is likely to be attributable to Covid-19.”

While official deaths from the coronavirus during the course of the pandemic in SA have been tallied at 91,561, the excess death figure is more than 286,000.

Excess deaths appear to have peaked in Gauteng, where the omicron variant was first identified, as well as in three of the country’s other eight provinces.