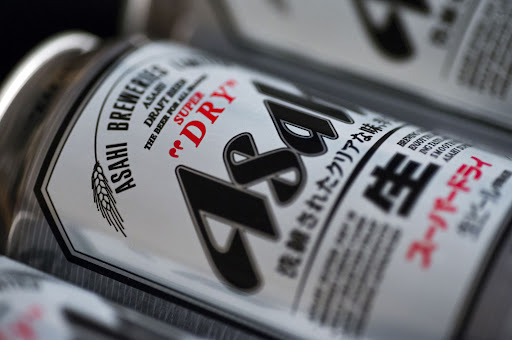 Asahi Group Holdings is betting on a new formula to boost sales of its Super Dry beer. Picture: BLOOMBERG

Asahi Group Holdings will tweak the recipe of its flagship Super Dry beer for the first time, betting that an overhaul of the country’s best-selling brew will resonate with drinkers.

The new formula, which will go on sale in February, claims to improve the drinkability and aroma of the beverage while maintaining its hallmark crispness, using techniques such as the addition of hops late in the brewing process, Asahi Breweries said on Thursday.

The change in formula includes a revamp of the beer brand’s design and logo, and follows two years in which Japan’s breweries have struggled with reduced alcohol sales and changing consumer tastes because of the pandemic. There’s also a longer-term shift away from beer in the country, where consumers have been switching to lower-calorie alternatives such as mixed cocktails, a trend that’s also been seen in the US.

After its 1987 debut, Super Dry turned Asahi from an also-ran into Japan’s biggest beer company. The crisp taste and iconic label design has been credited with changing consumers’ tastes and ending more than four decades of sales domination by Kirin Holdings.

However, the pandemic hit Asahi, which counts on restaurants for almost half of its revenue, harder than rivals. During successive states of emergency, Japan first called for reducing opening hours, then asked bars and restaurants to halt alcohol sales. Covid-19 also struck as the company was coming off an acquisition spree of more than $20bn to grow its overseas business, buying up brands such as Peroni.

While Asahi has frequently launched alternative or premium versions of the beer, including a novel draft version with a pull-off top in 2021 that quickly sold out across the country, this is the first time the brewer has changed the formula of Super Dry itself.

The renewal will only affect Super Dry sold in Japan, which accounts for about 90% of the beer’s sales worldwide, according to a spokesperson. Even so, CEO Atsushi Katsuki flagged the company’s global ambitions for the beer in 2021, saying he thinks Super Dry can break into the top 10 of global brews by 2030.

The revamp is happening even as virus cases inch up again in Japan. The government is planning to introduce restrictions in the prefectures of Okinawa, Yamaguchi and Hiroshima, public broadcaster NHK said. Okinawa will request a ban on alcohol service, Kyodo News reported.

Pot consumers want it by the bucket