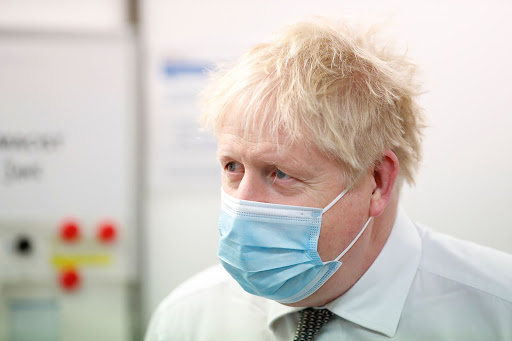 Boris Johnson has slammed anti-vaxxers spreading “nonsense” about Covid-19 on the internet, a change in tone he said was driven by the “tragedy” that so many people admitted to UK hospitals are not vaccinated.

“I want to say to the anti-vax campaigners, who are putting this mumbo jumbo on social media, they are completely wrong,” Johnson told reporters at a vaccination centre in the East Midlands on Thursday. “And you haven’t heard me say that before, because I want a voluntary approach.”

While the UK has one of the highest levels of vaccinations in Europe — 60% have had a third booster dose — a vocal minority has consistently campaigned against vaccination. Johnson said 30%-40% of patients coming into hospital with Covid-19 haven’t had any vaccine doses.

Johnson’s comments are a significant change of approach — normally ministers underplay disinformation to avoid giving it publicity. There’s much at stake for the government, given the proportion of people who get vaccine boosters is likely to influence whether pandemic curbs can be lifted.

It also comes as governments across the world get increasingly tough on people who refuse vaccinations. In France, President Emmanuel Macron said this week he wants to “piss off” refuseniks.