Assets of Ukraine’s Petro Poroshenko to be seized 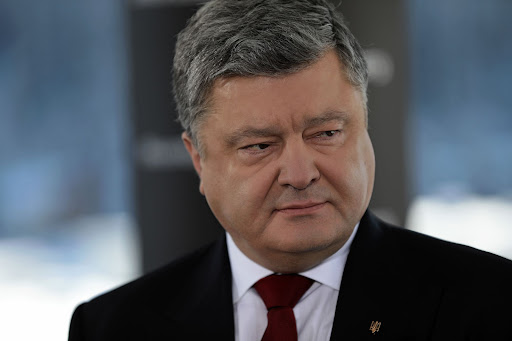 A Ukrainian court ordered the seizure of former president Petro Poroshenko’s assets as he faces accusations of high treason for cutting deals with Russian-backed separatists in the country’s east.

The order may inflame political tensions in a country that Poroshenko’s successor and rival, President Volodymyr Zelenskiy, has warned is at risk of an invasion as early as this month after a buildup of Russian troops across its borders.

A Kyiv court agreed to a request from prosecutors to freeze all of the former billionaire’s assets, including real-estate and companies listed in the state registry, the prosecutor-general office said on Thursday on its website. Poroshenko, a former billionaire and founder of chocolate maker Roshen Confectionery, is worth $865m, according to the Bloomberg Billionaire’s Index.

He faces allegations of treason for supporting Kremlin-backed fighters in the country’s war-torn Donbas region. According to the accusations, he used state finances to buy coal from mines they control, making Ukraine’s economy dependent on Russia and undermining efforts to diversify energy supplies.

The former president denies the allegations and says Zelenskiy is targeting him as a political rival. Poroshenko is traveling abroad and said he would return to Ukraine on January 17.

“We see absolute lawlessness, disregard of the rule of law, aimed solely at one thing: to prevent the leader of the opposition to engage in political activity,” Poroshenko’s lawyer, Ihor Holovan, said after the court ruling. His legal team will appeal against the decision and file a complaint to the European Court of Human Rights, he said.

If convicted, Poroshenko could potentially face 15 years in prison and the confiscation of assets, the State Bureau of Investigation said in December.

Earlier in 2021, prosecutors accused Kremlin-friendly politician and businessperson Viktor Medvedchuk of treason and financing terrorism for helping broker coal purchases from Donbas in 2014 and 2015. At the time, they also mentioned Poroshenko, but gave no details.

US sanctions ‘Russian agent’ in Ukraine who worked with Rudy Giuliani

A possible Ukraine-Russia compromise could be on the cards

Both Russia and Ukraine have better incentives to keep their ends of the bargain now, writes Leonid Bershidsky
Opinion
2 years ago
Next Article