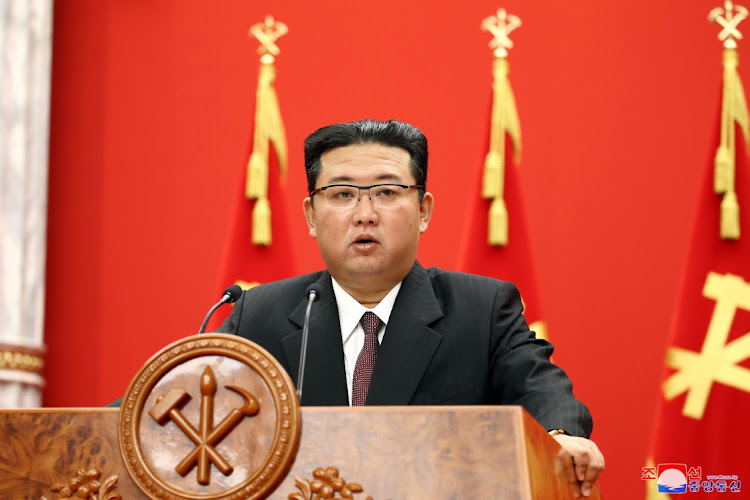 North Korea appears to have launched its first ballistic missile in about two months, just days after leader Kim Jong Un indicated that returning to stalled nuclear talks with the US was a low priority for him this year.

North Korea fired what appeared to be a ballistic missile from land into waters off its east coast on Wednesday, South Korea’s military said. The missile flew about 500km on a normal trajectory and landed in waters outside Japan’s exclusive economic zone, officials in Tokyo said. The flight path suggests North Korea launched a short-range ballistic missile.

Japanese Prime Minister Fumio Kishida called the launch “extremely regrettable” and said his government would step up surveillance. The White House did not immediately respond to a request for comment.

South Korea’s presidential national security council convened and said in a statement it was “concerned” about the launch. The group called on North Korea to resume nuclear negotiations, which it said would help “resolve the current strain on inter-Korean relations”.

North Korea’s last major test came in October, when it said it test-fired a new type of ballistic missile from one of its submarines — a move that potentially reduces the time the US and allied forces in the region would be able to deploy interceptors in the case of an actual attack.

The latest test-firing provided a reminder to President Joe Biden that Kim’s nuclear arsenal remains among the US’s biggest foreign policy challenges. Pyongyang has given a cold shoulder to Washington’s invitation to return to the bargaining table and last year accused the Biden administration of being “engrossed in confrontation despite its lip-service to dialogue”.

North Korea appears to have launched its first ballistic missile in about two months, just days after leader Kim Jong Un indicated that returning to stalled nuclear talks with the US was a low priority for him this year. Graphic: BLOOMBERG

Kim told a policy-setting meeting of his ruling party that his state should focus on easing food shortages and containing Covid-19, the country’s official media said on Saturday. That downbeat assessment suggested the North Korean leader had little intention of returning to the nuclear disarmament talks that have been stalled for about two years.

As Kim marked a decade in power, pressures have been mounting at home, where the economy is now smaller than when he started his rule. His state is facing dire food shortages and Kim has made rare admissions of economic hardship. The situation has been made worse by severe weather and Kim’s decision to shut borders due to the pandemic, effectively slamming the brakes on legal trade and the black market flow of foodstuffs from China.

After slowing down tests when Biden took office a year ago, North Korea returned to provocations in full force from September, increasing Kim’s leverage as he tries to ease sanctions choking his state’s anaemic economy.

In the latter half of last year, his regime tested new long-range cruise missiles, showed off a new system to fire ballistic missiles from a train and shot what it called a “hypersonic missile”. It also appears to have restored plutonium-producing operations and expanded a plant that enriches uranium for weapons.

Man who crossed the heavily fortified border into North Korea on Saturday was likely the defector who had crossed the DMZ a year ago and settled in ...
World
7 months ago

Moon held multiple summits with Kim Jong-un in 2018-2019, before talks stalled amid fights over demands that Kim surrender nuclear weapons
World
7 months ago