Numerous French politicians expressed dismay at the French leader’s comments, and talks about a proposed vaccine pass were halted in parliament 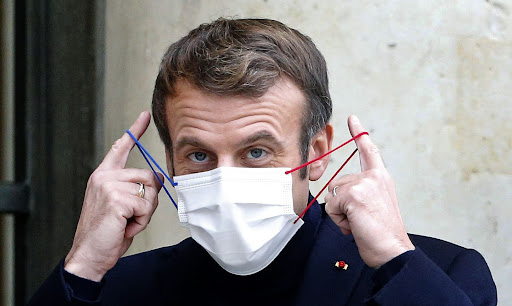 French President Emmanuel Macron took Europe’s aggressive stance against the unvaccinated up a notch, saying he wants to “piss off” people who do not get their Covid-19 vaccination.

“We will continue to do this, to the end. This is the strategy,” he said in an interview with newspaper Le Parisien. He added that that meant “limiting as much as possible their access to activities in social life”.

Targeted measures are already in action in a number of countries, where those who aren’t vaccinated are restricted when it comes to accessing bars, restaurants and other day-to-day activities. The drive to get more people inoculated has stepped up since the emergence of the omicron variant, which has sent cases surging at record rates across Europe.

But dividing the population between the vaccinated and unvaccinated has proved controversial, and there have been numerous protests against the policy and moves in some countries to make shots mandatory.

The verb used by Macron in the interview — “emmerder” in French — is informal slang commonly used to insult people. It can also mean to hassle, or annoy.

Numerous French politicians expressed dismay at Macron’s comments and discussions about a proposed vaccine pass were halted in parliament.

Valerie Pecresse, presidential candidate for conservative party The Republicans, said she was “outraged by his comments” on CNews. “Insults are never a good solution,” she said.

Far-right leader Marine Le Pen was also quick to respond to the “vulgarity” of Macron’s language and said on Twitter that it showed a “serious moral fault.”

The number is almost double the previous record of 5.7-million seen in late April 2021
World
2 weeks ago