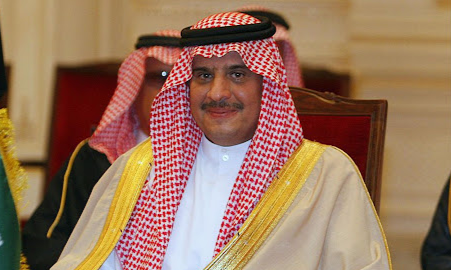 Credit Suisse Group is pursuing a Saudi prince in court, alleging he failed to repay the bank about $78m in interest and loans he took out to refinance his 82m superyacht and mansion property in England.

In a London lawsuit filed in November, the Swiss bank said two companies defaulted on a pair of loans it provided for refinancing the luxury purchases. Prince Fahad Bin Sultan, governor of Saudi Arabia’s Tabuk province, is the guarantor for the loans and the ultimate beneficiary of the assets, according to Credit Suisse.

The Cayman Islands-registered motor yacht “Sarafsa” is worth about €58m, according to the court filing. The property estate, situated close to the storied Wentworth Golf Club outside London, was valued at £35m in 2019.

The suit offers a glimpse into how Saudi royalty sometimes use offshore vehicles to finance their luxury lifestyle but also how even the super-wealthy can run afoul of one of Europe’s biggest banks.

A spokesperson for Prince Fahad bin Sultan didn’t respond to requests for comment. His lawyers are yet to file defence papers in the UK case.

Credit Suisse says a British Virgin Islands-based special-purpose vehicle defaulted on a loan facility agreed in 2020 for the yacht by failing to pay interest, fees and costs. The bank also said it failed to provide evidence that the prince held liquid assets of at least $25m “free of encumbrances”, which was in breach of their agreement. That prompted Credit Suisse to write to the prince in November demanding that he pay the more than €37m it says it’s owed.

It’s a similar story with the estate. The Zurich-based bank accuses another British Virgin Islands-based firm of defaulting on a loan facility it agreed to in 2017 by not repaying part of the loan plus interest. Credit Suisse said it then told the prince to pay the outstanding debt of £26.5m.

The investment bank advised on more than $1-trillion worth of M&A deals, giving it a market share of more than 24%
Companies
5 months ago

The UAE rejects any involvement in illegal practices, while African exporters say tons of their gold goes missing in Dubai every year
Companies
5 months ago
Next Article