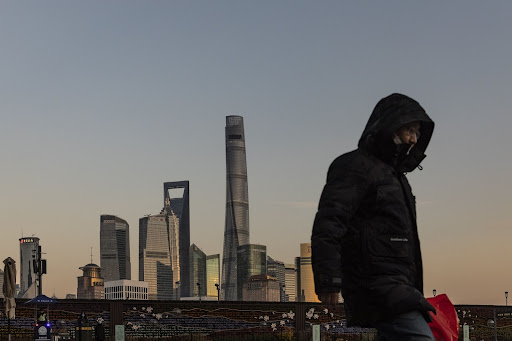 China’s anti-graft crackdown has so far brought down more than 20 financial officials as authorities step up scrutiny over the nation’s $54-trillion financial system at a time of growing turmoil in the property market.

At least 24 officials had been probed or penalised since October 12 when China launched a national anti-corruption inspection focused on financial institutions and regulators, according to a Bloomberg News tally based on announcements from the Central Commission for Discipline Inspection (CCDI).

The officials had worked for top regulators such as the People’s Bank of China (PBOC) and China Securities Regulatory Commission as well as state-owned banks including Industrial & Commercial Bank of China. On Tuesday, Mou Shangang, an ex-PBOC official, and Zhang Huayu, a former vice-president of China Everbright Bank became the latest to be probed for alleged “serious” violations of party discipline and state law.

Chinese President Xi Jinping has pressed ahead with his signature anti-corruption campaign after almost a decade in power, most recently focusing on law enforcement. Xi has tightened his grip as he prepares for a twice-a-decade Communist Party congress later in 2022 at which he’s expected to secure a precedent-breaking third term.

The campaign also comes in tandem with a sweeping crackdown on the country’s private sector, which has targeted its biggest technology and property firms.

The broad disruptions have ratcheted up risks in the world’s second-largest economy that is now dealing with a rolling crisis among some of its biggest property developers. The central bank has once again been forced to turn up stimulus to backstop slowing economic growth.

The CCDI is yet to disclose overall results of the two-month inspection, its first in six years to focus on the financial sector.

More than 1.5-million government officials have been punished in Xi’s years-long anti-corruption campaign, most recently including the execution of Lai Xiaomin, the former chair of Huarong, and life imprisonment of Hu Huaibang, the former chair of the nation’s biggest policy bank.

Officials identified 201 of 207 patrons of a restaurant where an airline crew member, who was subsequently found to be infected with Omicron, was ...
News
2 weeks ago

‘The trigger point was the fate of Stand News,’ said Chris Yeung, the chief writer at Citizen News
World
2 weeks ago

‘I think it’s hopeless, and I’m scared, but if we don't fight for our rights, that’s worse,’ a retired woman said
World
2 weeks ago
Next Article