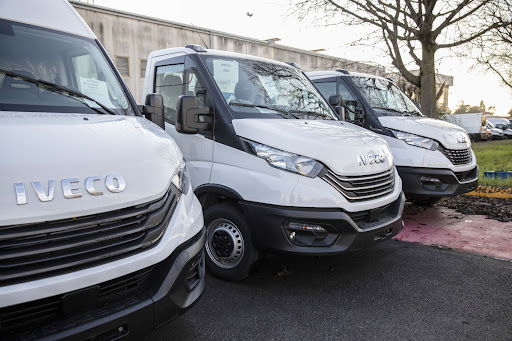 CNH Industrial’s truck and bus division Iveco Group’s share-trading debut on Monday in Milan valued the company at about €3.9bn weeks after a similar move by Daimler’s truck unit to enable it to face the industry’s deep technology shifts better.

“The Iveco spin-off relies on the main idea that there are little synergies between commercial vehicles and off-road machines,” Iveco CEO Gerrit Marx told reporters. Trends in switching away from diesel engines were pointing in different directions for highway and off-highway businesses, Marx said.

For trucks, battery-electric and hydrogen fuel-cell power trains will probably dominate while for tractors biofuels will drive the energy transition, he said.

The spin-off comes after talks last year for a sale to China FAW Group fell apart because of disagreements over price and after the Italian government signalled it would oppose the deal. CNH initially detailed plans for the separation in 2019.

Both Iveco and Daimler Truck Holding hope to gain speed as standalone companies in the switch to batteries and hydrogen fuel-cell power trains to meet tightening regulation on greenhouse gas emissions. The costly shift  from eking out better diesel-engine performance for haulage companies and offering autonomous driving features is also opening the door to new competitors such as Tesla and Nikola.

Iveco has partnered with US start-up Nikola to make trucks at its plant in Ulm, Germany, where production was scheduled to get under way for battery-electric heavy-duty vehicles late last year, followed by fuel-cell trucks later. In November, Iveco also announced it will supply Amazon.com with more than 1,000 gas-powered vehicles in Europe.

“Time for consolidation in our industry is over and we are looking more for partnerships like we did with Nikola,” said Marx. Iveco is looking for a partner in financial technology to build a digital platform for dealers and customers, he said.

Daimler Truck, the world’s biggest commercial vehicle maker, is valued at about €27bn euros and has gained nearly 6% since its trading start on December 10. The separation of the maker of Mercedes-Benz luxury cars and commercial vehicles after a century under the same roof follows the divergent trends in future technology for both autos and trucks, Daimler CEO Ola Kallenius has said.

Iveco, which stands for Industrial Vehicles Corporation, was formed in 1975 from parent Fiat to serve the European truck and bus market. At that time Iveco included five brands including Fiat Veicoli Industriali, Unic and Magirus Deutz. Investors will receive one Iveco share for every five CNH common shares held. Exor NV, the Agnelli family holding company, will retain 27% of common shares and 42.5% of voting rights.

The UAE rejects any involvement in illegal practices, while African exporters say tons of their gold goes missing in Dubai every year
Companies
7 months ago
Next Article