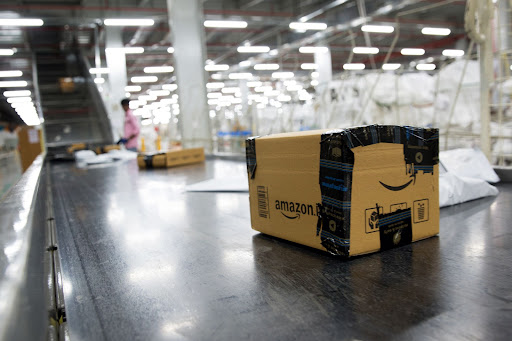 Future Retail has sought to halt and terminate Amazon.com’s case at a Singapore arbitration tribunal, a move that could enable the cash-strapped Indian retailer to sell some assets to Reliance Industries.

Armed with a December antitrust ruling against Amazon, Future Retail has petitioned the Delhi high court and the arbitration tribunal in Singapore saying that continuing arbitration would be illegal, say informed sources. The Singapore tribunal on December 30 refused to consider Future’s request for terminating arbitration before starting a final hearing later this week, prompting the Indian retailer to move the Delhi court.

If successful, the latest attempt by Future Retail can end the arbitration case that had blocked the sale of some of its physical assets such as stores and warehouses to Reliance Industries. Future Retail is coming under more  pressure from investors, with its dollar bonds on Monday dropping the most since November 16 after it missed payments to lenders and its credit rating was downgraded.

A halt or termination of the arbitration case would be a setback for Amazon, which is in a race with Reliance to dominate India’s billion-plus consumer market.

The Delhi high court agreed on Monday to hear Future group firms’ petition after one of its lawyers, Mukul Rohatgi, cited “immense urgency” in the matter during an online hearing.

Future Retail contends that continuing arbitration would be illegal as Amazon’s 2019 deal, on the basis of which the arbitration was initiated, has no legal existence after the antitrust body’s order suspended its approval, according people familiar with the filing. The Competition Commission of India said last month that the deal will “remain in abeyance”. It fined Amazon 2.02-billion rupees saying the e-tailer failed to disclose that the deal would give Amazon a right in Future Retail.

Airlines have said the new variation of 5G mobile service might interfere with aircraft electronics, posing a safety hazard.
News
7 months ago

The better-than-expected fourth-quarter results pushed Tesla’s total sales for the year to more than 936,000, up about 87% over 2020’s deliveries of ...
News
7 months ago