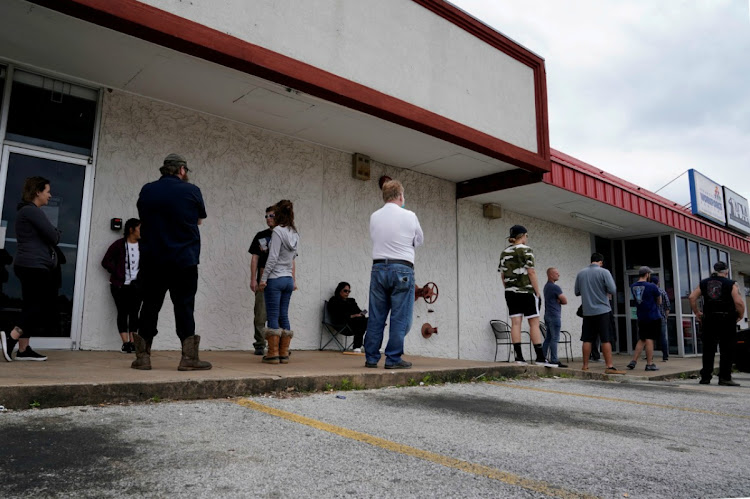 Initial unemployment claims totalled 198,000 in the week ended December 25, down 8,000 from the prior period’s revised level, Labor Department data showed Thursday. Economists had expected 206,000 applications, according to the median estimate in a Bloomberg survey.

Continuing claims for state benefits fell to 1.72-million in the week ended December 18, the lowest since March of last year.

Labour shortages across the economy have made businesses reluctant to reduce staffing as they struggle to meet robust demand for goods and services. That’s driven new unemployment claims to near their lowest level since 1969 as firms work to retain as many employees as possible.

Claims figures have been choppy in recent weeks, reflecting challenges around adjusting for seasonal effects during the holiday period. Still, initial weekly applications are broadly in line with pre-pandemic levels. 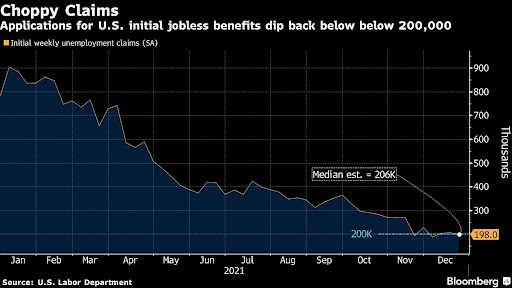 Furthermore, theOmicron variant of the coronavirus, depending on how long it lingers as well as responses from state and local governments, risks limiting business and social activity.

On an unadjusted basis, claims rose slightly to 256,146 last week. California, Texas and Virginia were states with the biggest decreases in unadjusted claims. New Jersey and Pennsylvania registered the largest increases in applications.

In advance of the talks Russian President Vladimir Putin and his US counterpart Joe Biden are due to discuss Ukraine and other subjects by phone ...
World
7 months ago