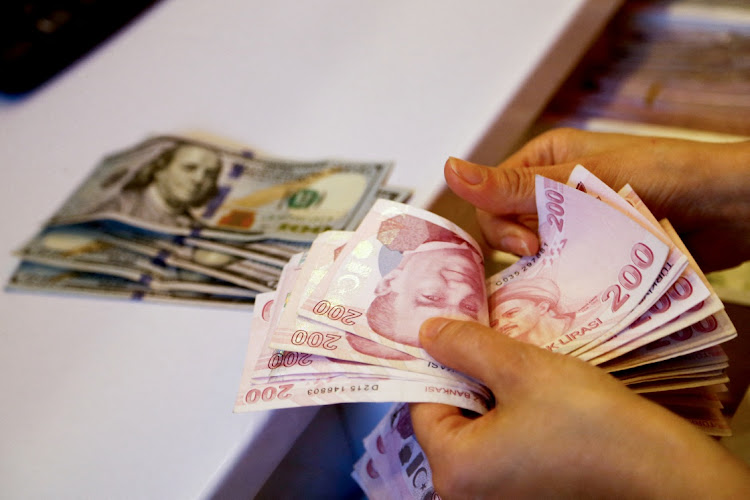 While the government has said it did not intervene, the fall of $5.9bn probably signals a backdoor intervention similar to operations carried out over two years from October 2018, when state lenders sold dollars to support the local currency.

Erdogan rolled out a series of extraordinary measures on Monday to support the plunging lira, which at that point had shed more than 50% of its value against the dollar this year. The currency slump was fuelled by central bank rates cuts demanded by the president, but authorities acted as the lira’s losses threatened to accelerate inflation already above 20% and eroding support for the ruling party.

The lira appreciated as much as 25% on Monday after Erdogan spoke, its biggest daily jump since 1983, and has now gained more than 40% against the dollar this week. 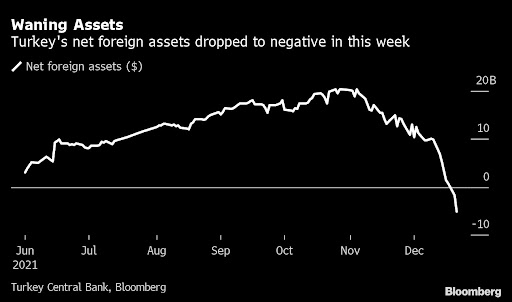 The lira’s move on Monday was supported by state banks, according to four sources who asked not to be named. At least one private lender was involved, said one source familiar with the transactions. The sales continued on Tuesday, they said.

At the centre of Erdogan’s plan is a new instrument intended to suppress retail investor demand for dollars. If the lira’s fall against hard currencies exceed banks’ interest rates, the government will pay holders of lira deposits the differential.

Net reserves fell to $12.2bn by Friday, showing the effect of last week’s direct sales announced by the central bank. The $9bn drop was the biggest weekly drop in data since at least 2002.

Global banks including Goldman Sachs predict more than $100bn of central bank reserves were spent to avert a disorderly depreciation in the lira last year alone, when the currency came under pressure after a series of large rate cuts to support the pandemic-hit economy.

Earlier in 2021, Erdogan said authorities used $165bn of central bank foreign-currency reserves to weather developments in 2019 and 2020, and may use them “again when needed”.

While the worst may be over for the lira for now,  until interest rates provide a credible anchor against inflation the currency will remain ...
World
6 months ago